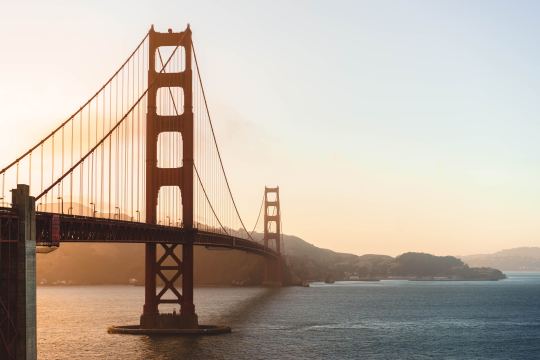 I had a friend ask me this week about how I decide what to write on this blog. His comment was that I tend to write about a variety of different topics. He wondered: Isn’t it better to focus on one particular niche?

The simple answer is that I write about what interests me. And secondary to that is any concern around what will get the most clicks. In fact, I try not to fall into the trap of worrying about the latter. Sometimes it can be paralyzing to fixate on what will appeal most to the tens of thousands of people who read this blog on a regular basis.

The reality is that my interests are much broader than, say, just design and real estate; though these two topics are clearly central.

I learned a long time ago while studying architecture and art history that what we make as a society is generally a product of the cultural milieu at the time. In other words, the built environment doesn’t happen in a vacuum. It is the physical manifestation of what we believe to be true at a particular moment.

Today, it’s pretty hard to ignore the importance of tech. Think of some of the most valuable companies in the world right now: Apple, Google, Amazon, Facebook, and so on. Now, technology has always shaped our cities, but what makes this moment different is the decisive shift toward software.

In 2011, venture capitalist Marc Andreessen (previously the co-founder of Netscape) published a widely shared essay called, “Why Software Is Eating the World.” And over the past 6 years he has been proven to be very right.

The 3 main points he aimed to make with that essay are as follows:

Depending on your industry, this may sound ludicrous to you. Certainly in 2011 it probably seemed that way.

But a perfect example of this phenomenon is the iPhone. The phone itself is manufactured in China, albeit where a lot of great hardware innovation is taking place.

But at this point, phones have become fairly commoditized. The profits that Apple makes from the iPhone disproportionately come from the software layer and the app ecosystem it has developed.

You could make a similar argument with Tesla. Autonomous navigation – which most of us can agree will have a profound impact on cities – is largely a software challenge.

And so if you believe that autonomous vehicles will be a fundamental part of the future of mobility, then it’s not that hard to believe in point number three: the winning car company will also have to be the best car software company.

Some industries have been less touched by tech and software – real estate being one of them. But if Andreessen is right and it’s not a question of if, but a question of when, then it behooves all of us to think about the potential impacts.

I love how Andreessen ends this podcast discussion with Barry Ritholtz of Bloomberg and so I’m going to repeat it here to close out this post. He says: “There are no bad ideas. There are only early ideas.”

And that’s why I write about tech on my city building blog.

Photo by Michal Pechardo on Unsplash