After Junction House was announced, an interesting discussion emerged on Twitter around 2 storey suite designs.

There are, of course, many examples of multi-level apartments in the city. There’s 75 Portland by CORE Architects. There’s District Lofts and Mozo by architectsAlliance. And there’s Village by the Grange (pointed out during the discussion), which has a number of 2 and even 3 storey suites.

Another example that was raised by Gil Meslin is 14 Blevins Place. Now demolished, Blevins Place was designed in 1955 and completed in 1957 as part of the Regent Park South urban renewal project. It was designed by the British-born Toronto architect Peter Dickinson and by Page + Steele.

Perhaps most notable about the building are its “skip-stop corridors” and its 2 storey suites. See below images taken from this Heritage Impact Assessment by ERA Architects. 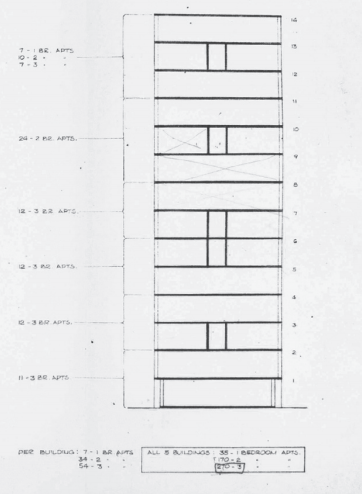 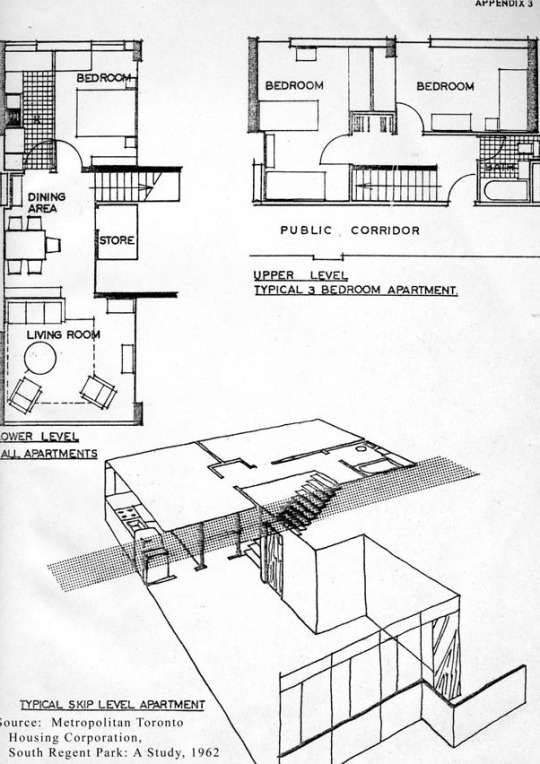 The reality is that modern architecture has had a long history of employing multi-level units and skip-stop corridors. Le Corbusier and Oscar Neimeyer were said to be experimenting with them as far back as the 1930s.

But I think most would agree that Toronto is a very different city today compared to what it was in the 1950s. Some still believe that no child should grow up in an apartment, but I disagree with that belief system. I lived in an apartment as a kid and somehow I survived.