The Wall Street Journal recently asked: Venice Beach Is a Hot Place to Live, So Why Is Its Housing Supply Shrinking?

According to Issi Romem, chief economist at BuildZoom, it’s because Venice Beach is the toughest place in America to build housing.

Here are some numbers from the WSJ:

“The Venice Beach population is shrinking even as the local economy has boomed. The neighborhood had about 27,000 residents in 2015, about 3,800 fewer than in 2000, according to U.S. Census data. At the same time, the ZIP Code has added 4,000 new jobs, according to Jed Kolko, chief economist at employment website Indeed.”

And here is a chart that speaks to the relationship between housing prices and housing supply: 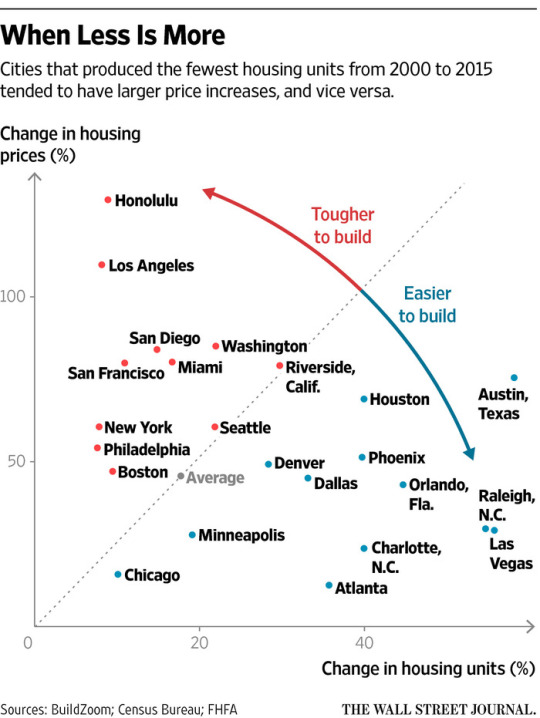 Housing supply, alone, isn’t going to solve all of our problems. But it certainly matters. Also, what’s up with Chicago?