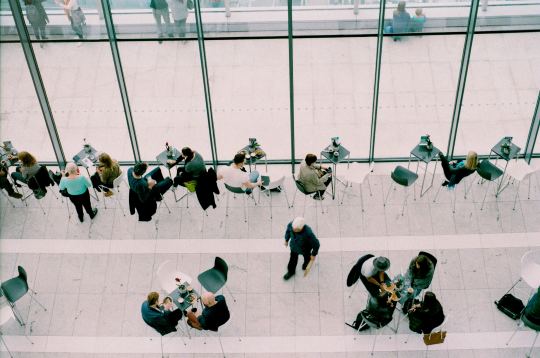 I just finished watching this brief talk by Daniela Perdomo, who is CEO of the mesh networking startup goTenna. It was given at the recent Cities of Tomorrow conference in New York.

The company sells a product called goTenna Mesh, which is a consumer device that pairs with your phone and allows you to create your own device-to-device (mesh) network for text and GPS communication.

This network exists independently of centralized cell towers and so part of the value proposition is that during times of disaster – when cell service often goes down – this device allows you to maintain communication.

I can’t say this is something I feel compelled to invest in right now, but I’m intrigued by something that Daniela mentioned in her presentation.

She said that traditional cell tower service degrades as more people use it. That’s why it often becomes “oversaturated” during times of crisis or when you’re at a packed event, such as a concert.

But unlike traditional cell service, decentralized mesh networks by definition get stronger as more people participate. And that’s because the mesh gets bigger and denser.

So her argument was that mesh networks are actually a lot like cities. More people and more nodes make the entire ecosystem stronger and more resilient. I like that because we know that many things, such as productivity, do in fact increase as cities get bigger.

While I may not be pulling out my wallet right now for this device, it strikes me that this wireless architecture – which mimics some of the natural strengths of our cities – is something we will certainly see more of in the future.

Veniam is an another example of a company focused on mesh networks, but in this case it’s through vehicles. They are building “the internet of moving things.”

Photo by Daria Shevtsova on Unsplash