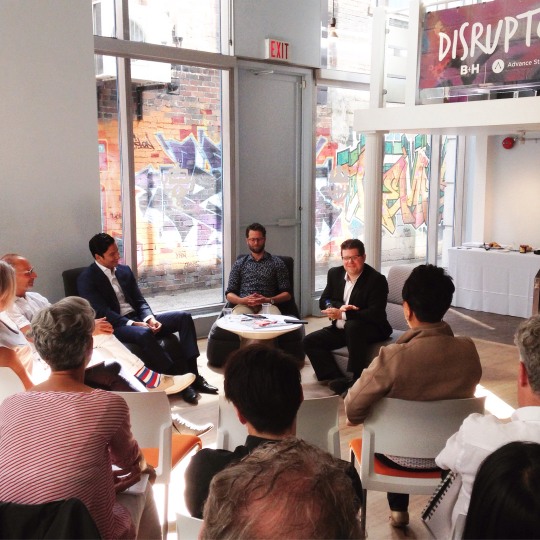 This morning I gave a presentation and participated in a design charrette that was organized by B+H Advance Strategy about the “mall of the future.” (See photo above.) It’s a 2-day event and I was only able to stick around for a few hours in the morning, but I think it’s great that B+H Architects takes the time to research and get a deeper level of understanding in the areas in which they work. Great design demands that.

The way the charrette was structured was around a handful of future scenarios. The idea being that it’s impossible to accurately predict the future, but it is possible to play out different possible futures to see what you get. I’m looking forward to seeing what the teams ultimately come up with at the end. I would also be really curious to hear your thoughts in the comment section below.

But before we decide on what malls are going to become in the future, it’s perhaps useful to think about how they got their start. The man largely credited with inventing the fully enclosed mall typology is a man by the name of Victor Gruen. He was a Vienna-born architect who moved to the US in 1938.

In the words of Malcolm Gladwell:

The most interesting thing about this story though is that Gruen’s initial hope was that the mall would urbanize America’s suburbs. The garden court was supposed to be a kind of town square. And his broader vision included a mix of higher density uses surrounding the perimeter. But in reality the opposite happened: The mall helped to further suburbanize America.

However, as our malls begin to show their age (or die) and as we relearn to appreciate walkable urban environments, mall landlords are increasingly thinking mixed-use and higher density. And ironically, many of the plans probably don’t look all that dissimilar to Gruen’s original ideas. So maybe one possible future is simply the one that Gruen wanted to create all along.