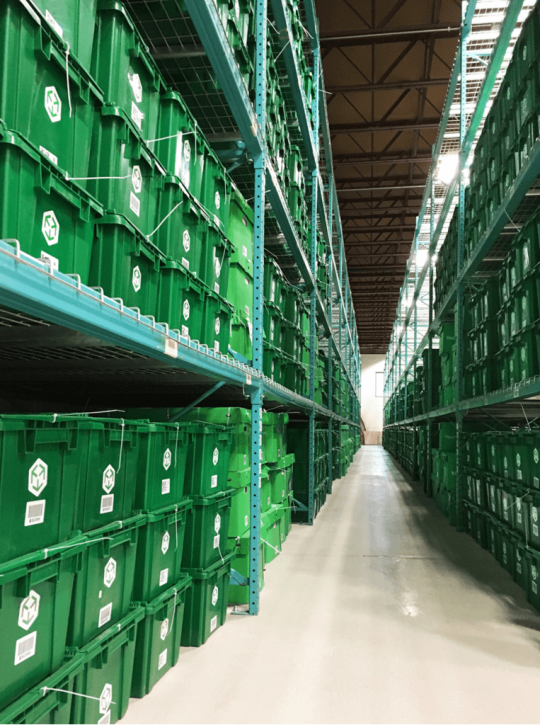 I have long told myself that if I ever needed to rent self-storage space, it would mean that I own too much stuff and that I need to get rid of some of my shit. But I recognize that there are many reasons why someone might need extra storage and I recognize that the storage market in the United States alone is something to the tune of $30 billion a year.

Here is an interesting case study about the storage company MakeSpace, which to-date has raised almost $60 million in equity funding. Their model is likely one that you’ve heard of or used before. Instead of you yourself going to the “self-storage” facility, they do the pickup and delivery. So they call themselves a logistics business, like Amazon, except that it works in reverse. Instead of you receiving deliveries, they take your stuff from your home back out to their warehouses.

Because of the route management software that they’ve been building over the last 4.5 years and because there’s enough density in the areas that they service, their pick-up and drop-off routes are apparently profitable. You no doubt need a certain amount of scale for that to happen, but they seem to have it. By the end of this year, they expect their reoccurring revenues to be in the $10′s of millions. That’s coming from the volumes of green boxes you see at the top of this post.

What’s particularly relevant for this audience are the built form and real estate implications. Because their customers aren’t physically visiting their facilities, they’ve been able to locate all of their distribution centers on the outskirts of the cities in which they operate. And because of this, their physical real estate costs are said to be less than 50% of traditional self-storage firms and they believe this number will trend to around 20% as volumes continue to grow.

All of this has me thinking about some of the other implications of the on-demand economy on cities and on real estate.

Image via Both Sides of the Table