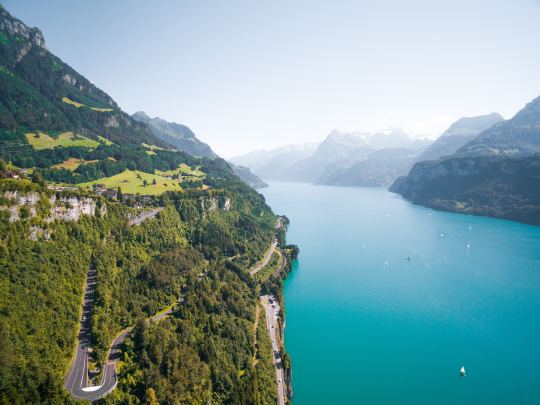 To help put that into perspective, a single municipal ward in downtown Toronto (Ward 28 – Toronto Centre-Rosedale) had a population of over 66,000 people back in 2011.

But as small as Zug may be, it is known as one of the most business friendly jurisdictions in the world. It has some of the lowest corporate taxes and the local revenue service prides itself on calling each taxpayer a “client” as opposed to a “debtor.”

As of 2010, the canton’s registry listed more than 29,000 companies, with more than 1,000 arriving and being started each year. There are about as many companies in the canton as there are people in the town of Zug.

It’s a classic example of jurisdictional arbitrage and it’s one that Zug seems determined to keep. In July 2016, the town of Zug began accepting digital currencies, such as Bitcoin, as payment for city fees.

The impetus for doing so was to help advance Zug’s position as a global center for cryptocurrency innovation. There’s a very real government supported push to make Zug into “Crypto Valley.” And startups from around the world who are working in this space are starting to take notice. To me this feels like a natural extension given the canton’s existing strengths and reputation. (More reading here and here.)

I’ve been to Zug maybe twice and, at first blush, it could easily pass for your average sleepy-yet-affluent Swiss town. But then you think about all of the money that flows through this place and you quickly understand why that modest, but very tasty, breakfast sandwich just cost you all of the CHF’s in your wallet.

Of course, if the entrepreneurs in Zug get their way, we won’t be carrying around wallets anymore. We’ll be paying with some sort of crypto varietal. And that would only strengthen this canton’s story: You don’t necessarily need to be big to be globally impactful – just put the right policies in the place.

Oh, and have a very high quality of life and an immensely beautiful natural setting. Those things help as well.

Photo by Martin Sattler on Unsplash. The above photo is actually of Morschach in Switzerland, not of Zug. I couldn’t find a royalty free image of the latter. Please forgive me for the false advertising.