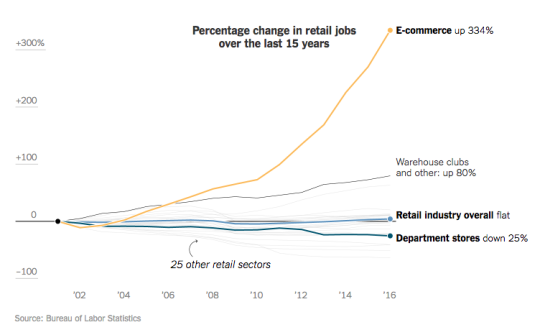 The New York Times just ran an interesting piece on “how the growth of e-commerce is shifting retail jobs.”

Here are some of the key takeaways (all US data).

Online shopping accounts for about 8.4% of all retail sales.

But e-commerce related jobs are growing way faster than all other forms of retail employment. See above graph.

That said, e-commerce jobs are still a small portion of overall retail employment. And the rise in e-commerce employment has not been enough to offset the losses in other areas, such as in departments stores. 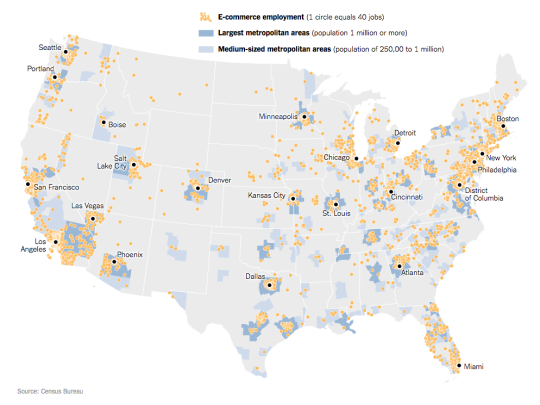 Finally, e-commerce jobs appear to be concentrating in larger metros. See above map. Each mustard dot represents 40 e-commerce jobs. You’re selling more products with less human capital, and those people are clustering. This is a broader trend.

According to the New York Times, counties and smaller cities (under 250,000 people) account for almost ¼ of overall retail employment. But when it comes to e-commerce firms the number drops to around 13%.

Once again it would seem that technology and what we do online have an impact on our cities and towns. And that’s fascinating.

All images from the New York Times