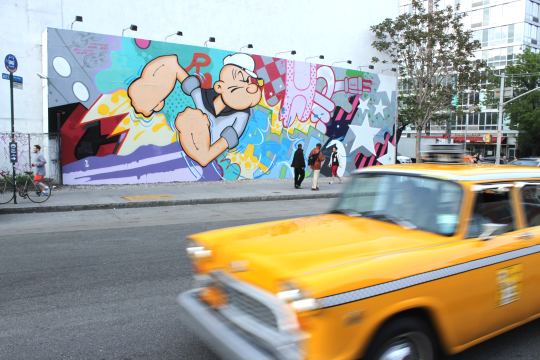 Last week Travis Kalanick – the cofounder who built Uber into the most highly valued privately held startup in the world – stepped down as chief executive at the request of his investors. This was the culmination of months of controversy related to the company’s toxic corporate culture.

Benjamin Edelman, associate professor at Harvard Business School, recently argued that this is it for the company: Uber Can’t be Fixed – It’s Time for Regulators to Shut It Down. I discovered the article through a good friend of mine who has felt similarly since the beginning. Uber’s business model is predicated on illegality and that should not be misconstrued as “innovation”.

I have a few thoughts on this.

But let me start by saying that this post is not a comment on the company’s corporate culture or its internal practices related to lobbying governments. I have not really been following what’s going on internally and I’ll leave other, more informed, people to comment on those matters.

With that said, here are 3 thoughts.

One, shutting down the company feels like an extreme case of throwing out the baby with the bathwater. Lots of companies go through restructuring, assuming that’s needed, without completely capitulating.

Two, before Uber came along it was still challenging to pay for a taxi in Toronto with a credit card. More often than not the driver would tell you that the machine was broken or ask that you instead pay with cash. At that point, I would have accepted a clunky payment machine mounted to the rear of the front seats as an innovation.

To say that Uber’s technological innovations were all banal things that its competitors were already about to introduce is downplaying so much of what the company has done outside of its beneficial cost structure.

We got perfect information: Where is my car right now? We got full pricing transparency before even accepting a ride: Should I take an Uber or transit or should I drive? We got the ability to get in and out of a taxi without pulling out our wallets: I’ll quickly jump out at this red light. We got dynamic ride pooling and cost sharing: Let’s split this ride 3 ways to bring the fare down. And we got clean cars that didn’t smell.

Why weren’t any of the incumbent taxi companies do this?

Three, I fully agree that Uber (unfairly?) benefited from a meaningful cost advantage by operating in the unregulated side of the market. This was a huge boon for the company because, as the data suggests, the demand for taxis is highly elastic.

But I also believe that the incumbent taxi companies were perpetuating a marketplace that was anything but free enterprise. It ensured that the status quo was maintained and that those who historically benefited from the system continued to benefit from the system.

Because of this, I’m not sure that we would have seen the innovation that we saw without a company like Uber deciding to operate within a gray area and not ask for permission. Protectionism may have stomped it out. This may be why Hailo – which operated in the regulated side of the taxi marketplace here in Toronto – ultimately wasn’t able to survive.

Though I suppose you could argue that Hailo’s failure (at least here in Toronto) strengthens the argument that Uber was only able to thrive because of its illegal cost structure.

However, it’s important to remember that Uber got its start by actually charging more than traditional taxis. At the outset it didn’t have enough liquidity in its marketplace to compete based on speed and/or price, and so it decided to offer a premium experience.

UberX didn’t introduce steep discounts until later on and even today many people will gladly accept surge pricing at multiples of a regular taxi fare. Clearly customers are deriving some other benefits from the app.

Edelman ends his piece by referencing Napster as an example of another startup that defied legality and was ultimately forced to shut down. Again, shutting Uber down seems extreme to me, but I do agree with his conclusion. Regardless of what happens, the lawful innovations that Uber introduced are here to stay.

Photo by Carl Joseph on Unsplash