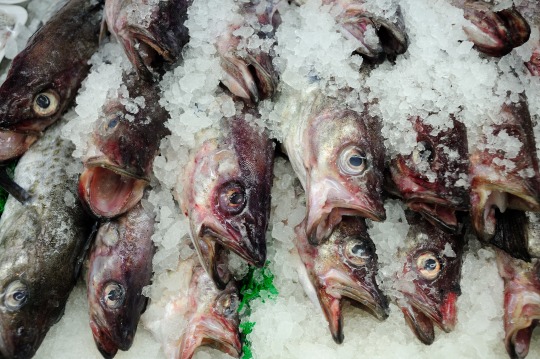 The big news on Friday was that Amazon has agreed to buy grocery chain Whole Foods for $13.4 billion.

Some people – such as Bruce Berkowitz, who manages the $2.3 billion Fairholme Fund and who is the second largest shareholder of Sears Holdings Corp. – believe that this says to the market that “there is a need for physical space in retailing.” Everything can’t be online.

I obviously agree that there’s value in real estate / physical locations, but I don’t see this as Amazon capitulating in any way. This is not Amazon saying to itself: “Well, AmazonFresh hasn’t grown as quickly as we’d like, so let’s forget this ecommerce thing.” No, Amazon is determined to win.

Indeed, the fact that shares of supermarket operators tumbled across the U.S., Canada, and Europe, probably signals that the market is expecting something other than the status quo following this acquisition.

There’s a reason Wal-Mart ramped up grocery (and now derives over half of its revenue from it). There’s a reason why drug stores are proliferating across our cities (and expanding their grocery offerings). In Toronto it’s Shoppers Drug Mart and Rexall. In New York it’s Duane Reade.

We buy groceries frequently and we overwhelmingly still buy them in person. So online grocery is the holy grail of ecommerce of right now. Everyone wants to nail it first.

How does this acquisition help Amazon do that? Here are two thoughts.

Even in a world where most groceries are purchased online, you need still need physical distribution centers in close proximity to lots of customers.

Whole Foods has more than 460 stores across the U.S., Canada, and Britain. Their formatting would obviously evolve, but the bones are there for Amazon to leverage.

Startups such as Instacart have tried to circumvent this requirement by fulfilling only the delivery portion. And arguably their pitch to other grocers may now be stronger: “You need to offer this to compete with Amazon/Whole Foods.” (Instacart currently provides this service Whole Foods.) But you can bet Amazon will want to squeeze/control this part of the supply chain.

Many analysts are already assuming that Amazon will work to automate away cashiers, similar to what it’s trying to do with its Amazon Go concept store. If you combine this with other offerings such as 15 minute pickup (Amazon Fresh PIckup), you can easily imagine a world where us customers get weaned off of in-person shopping.

For example, if my regular grocery store made better use of its data, it would probably come to the conclusion that I generally buy things like orange juice, milk, and avocados (I’m a Millennial) every X days. I’m sure if you look at my shopping habits, I’m pretty predictable. Whenever I go to a new store it always takes me 100% longer to shop because I don’t generally wander. I target my stuff.

Now if I could get somehow prompted to re-order my regular items every X – 1 days, chances are I would gladly tap order. And now I’m shopping for groceries online. Get ready for the grocery wars.