One of the great things about social media is that it gives us access to data that previously didn’t exist or was difficult to collect.

Take, for example, LinkedIn’s monthly report on employment trends called the Workforce Report. They look at which industries are hiring, where people are moving for jobs, and so on. Click here for the June 2017 edition.

Note that architecture/engineering hiring appears to be up nationally, which is usually a positive leading indicator.

I’ll leave you all to go through the report, but I did want to pull out a few of their maps and one of their takeaways. Below are maps of the cities that lost the most workers and gained the most workers over the last 12 months. 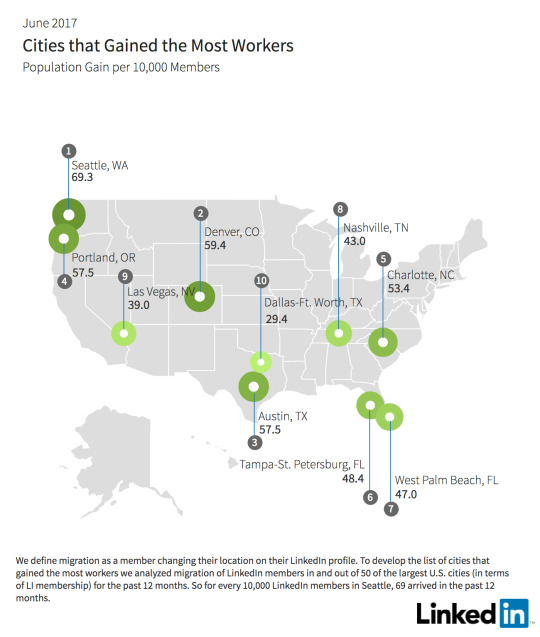 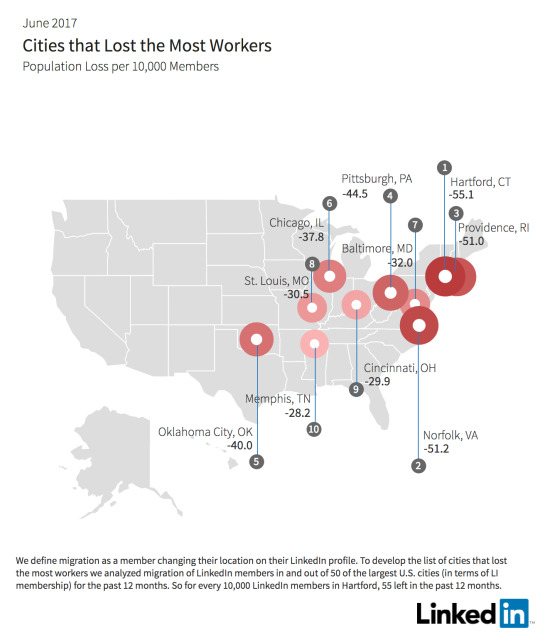 The established trend of people moving from colder northern cities to warmer amenity-rich cities seem to play out here.

That said, one of their “key insights” is that fewer workers today are moving to the San Francisco Bay Area. Since February 2017, there has been a 17% decline in the net number of workers.

They blame housing affordability (ahem, lack of supply). People are simply turning to other great cities like Seattle, Portland, Denver, and Austin. They’re growing and cheaper.

One of the other cool things about the report is that you can drill down into individual cities to see where people are moving from. I looked up Miami and Chicago just to do a quick comparison. 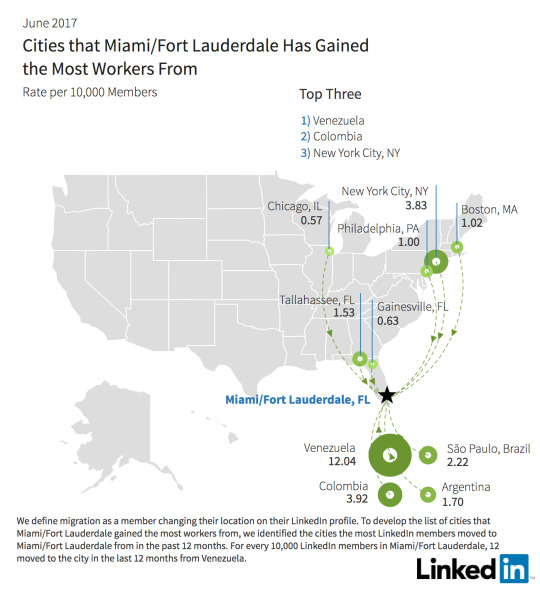 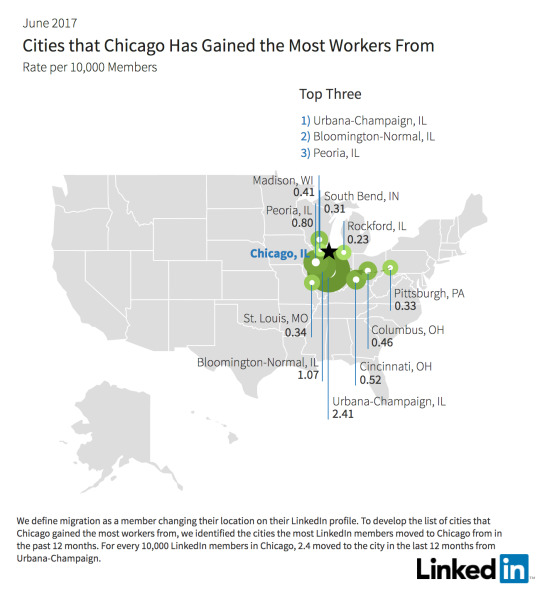 Not surprisingly, Miami is seeing a significant contingent from South America. What’s interesting about this random comparison is how international Miami is and how regional Chicago is in terms of their draws.

I would love to see similar data for Canada. This is valuable stuff.