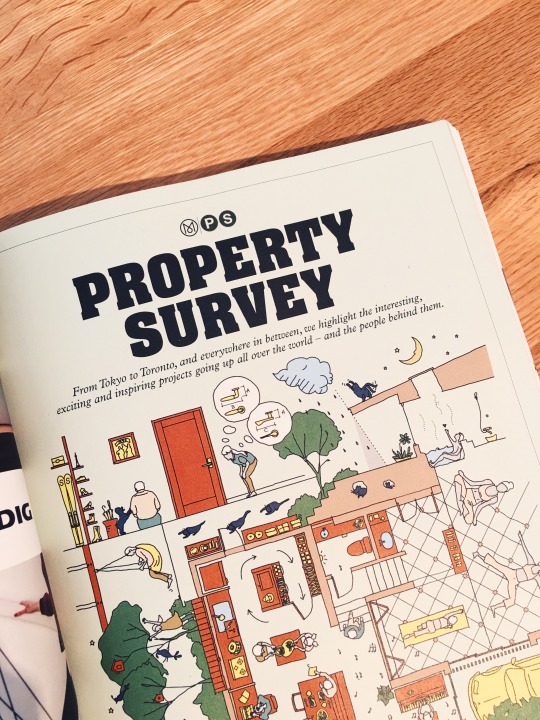 This month’s issue (May 2017) of Monocle magazine is a special “design & property” edition. It includes their annual property survey (shown above), which showcases interesting projects and people from around the world.

I was excited (but not surprised) to read the editor’s letter at the beginning of the issue and learn that the Monocle folks “think all the time” about launching their own property company. I would love to see how they execute on a development project, because I am sure it would question conventional norms.

Ian Gillespie of Westbank (headquartered in Vancouver) is featured and interviewed under the heading: “a more beautiful city.” Here you’ll hear him say that they build Porsches and not Fords. I also learned that they acquired a district energy company called Creative Energy, which they are looking to bring to Toronto and Seattle.

Because it’s a property issue, the ads are also tailored to that, so you get a good cross section of international projects. This morning was my first time seeing One Park Drive in Canary Wharf – London’s first residential tower by Herzog & de Meuron.

So if design and property also happen to be your jam, you may want to pick up the May issue of Monocle.