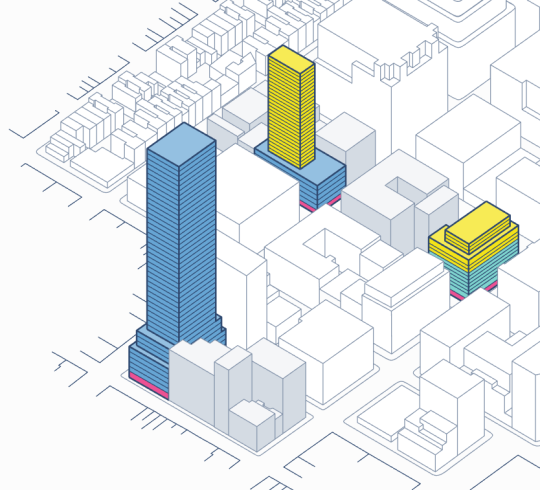 My friend Bruce of getrefm.com (real estate financial modeling) just introduced me to a new real estate startup called Envelope. Basically it’s 3D mapping software that allows you to quickly visualize the zoning envelope for a particular site. It’s similar to what Flux.io was initially trying to do.

Now, I think this is very cool, but my first reaction was: What if the zoning is out of date? What if approvals/entitlements are done a site-specific basis? This isn’t the case in every city, but I’ve heard some people in Toronto argue that this city basically has no zoning code. (We can debate that one in the comments, I’m sure.)

That being said, there are still many design guidelines in this city that shape built form and I could see a tool like this being incredibly useful. They’re still in private beta but I would like to try it out. Hopefully they’ll see this blog post and let me have an early peek.