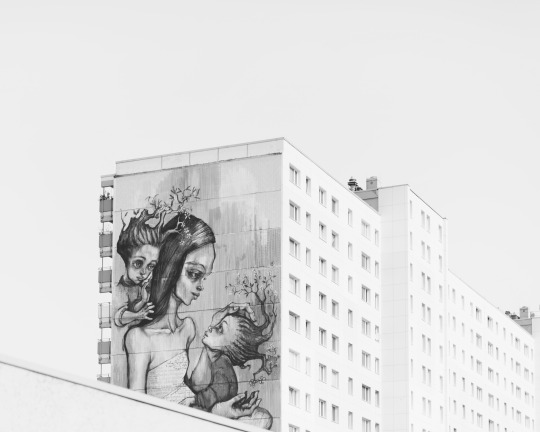 I’ve written about Berlin many times before on this blog. It’s such a fascinating case study for me because of its history, its urban development patterns, and its famous techno scene.

Last month, Nick Paumgarten wrote a piece in the New Yorker, called Berlin Nights, where he dives into the city’s club culture and its reputation as the cradle of techno music.

But in doing that, he is necessarily forced to talk about the once divided city and its unique “post-Wall” condition. When the Wall came down, the East became – as a result of its under-utilized built form – a breeding ground for the pent up energy and creativity of the West.

Here is an excerpt that speaks to the importance of those empty spaces and sparsely populated neighborhoods:

The post-Wall abundance of derelict building and excess housing was decisive. “Empty spaces allowed there to be a club culture,” Robert Henke said. “With no empty space, you get a closed-at-2 a.m., restrictive-alcohol culture.” At first, the reclamation seemed slapdash, improvisational, anarchic, as squatters took over buildings and neighborhoods and set off a period of cultural ferment. But the powers that be had been dreaming up developments for years before the Wall came down, and now—amid a boom in real-estate speculation and investment (everyone spoke of the Swedes)—empty space, and the sense of wildness that comes with it, has become harder to come by. “Flats are getting more expensive,” Hegemann said. “But we still have many free spaces. This is the secret for why Berlin is still alive.”

And here is the story of one such building:

Some empty spaces have completed their life cycles. One afternoon, I visited the old Reichsbahnbunker, a five-story fortress of reinforced concrete built by the Nazis in 1942 as an air-raid shelter. The Soviets turned it into a jail for P.O.W.s. Then it was used to store bananas and other tropical fruit. It was abandoned. In the nineties, it became an infamous techno night club, the Bunker. No ventilation, no fire exits. The government eventually shut it down. In 2003, an advertising executive and his wife bought the building and converted it into a museum to house their collection of contemporary art. They also built a glass-and-steel penthouse on the roof, to house themselves. Now the collection is open to the public, by appointment only. I joined a tour one afternoon. The guide, a young art student with a sweet monotone, took us into a cell-like space featuring giant manipulated photographs of the night sky, by Thomas Ruff, and explained that it had been the original dark room of Berlin. “It was very extreme,” she said. “It was hot, damp, loud, and dark. It was said to be the hardest club in the world. I’m sure you can imagine the things.” She gave a coy smile.

If you’re interested in cities and/or electronic music, the essay is well worth a read.