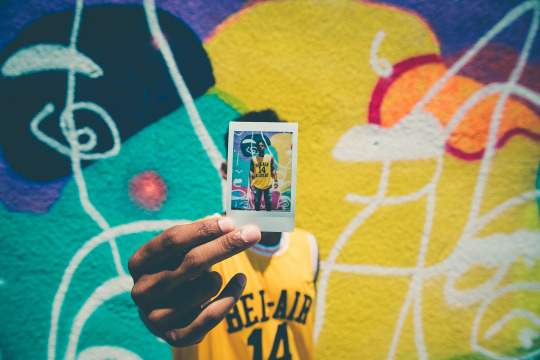 There is no shortage of articles talking about the disruption currently taking place in the retail space. Just this past weekend the New York Times wrote: Is American Retail at a Historic Tipping Point? With nine U.S. retailers filing for bankruptcy protection in the first three months of 2017 alone, one could certainly make this argument.

The obvious explanation is the shift to online shopping. Mobile spending now also makes up > 20% of total digital dollars spent. But you already knew that. Nothing new here. Perhaps less trite is one of the explanations that Derek Thompson offers up in this Atlantic article: Americans are spending less on material possessions and more on meals and experiences with friends.

Take a look at this FRED (Federal Reserve Economic Data) chart taken from the article: 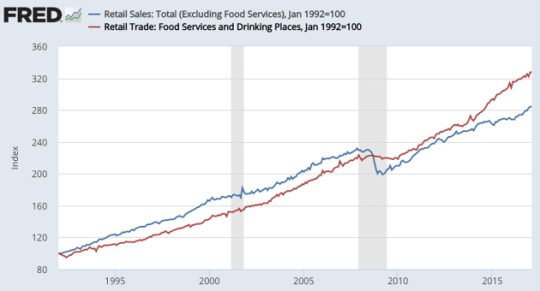 According to Thompson, spending at “food services and drinking places” has grown twice as fast as all other retail spending since 2005. Americans now spend more money in bars and restaurants than they do in grocery stores. Last year was the first year that happened.

But the possible reason behind all of this is arguably the most interesting: young people are looking for ways to create great social media content. And going out for gluten-free dinners with friends and traveling to Tulum “with bae” are clearly far better fodder for that than scouring the sale racks at J.C. Penney.

Social media is redirecting discretionary income. This is our new reality. Whether you’re a city builder or a retailer, you must now ask yourself: How shareable is the experience that I am trying to create?