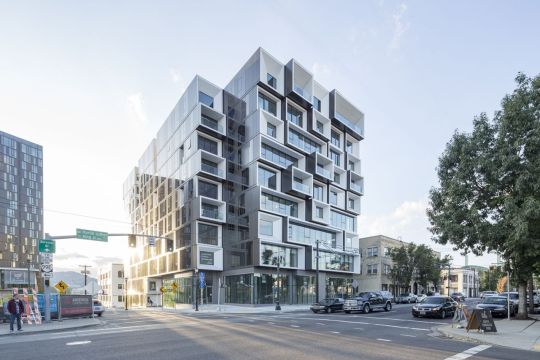 I just stumbled upon the above project. It’s in Portland. It’s called Slate. It’s 147,000 sf. It sits on a 100′ x 200′ site. It was completed last year. And it was developed by Beam Development and Urban Development Partners.

Besides having two very cool facades (the east and west facades are the ones that push and pull), I was surprised to see the building clad in unitized curtain wall (as well as composite metal panel). That kind of glazing comes at a premium and this is not a large building. I’m curious about the numbers.

It’s also a post-tensioned concrete building, which is uncommon in the Toronto market.

Here’s a close-up of the facade: 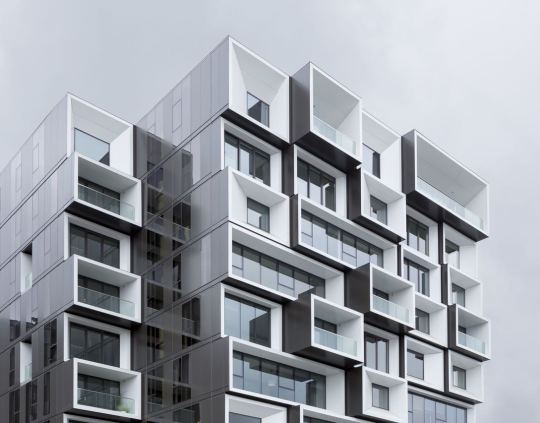 Also noteworthy is the fact that I’m fairly certain the architects inserted a couple having sex in one of their renderings: 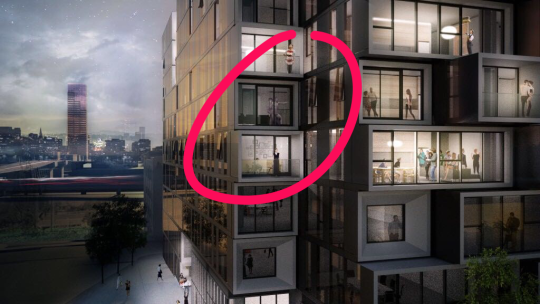 For those of you who did not attend architecture school, there’s a fairly long tradition of hiding “easter eggs” within your renderings. Or at least that was the case when I was in school.

On that note, happy Easter weekend all.