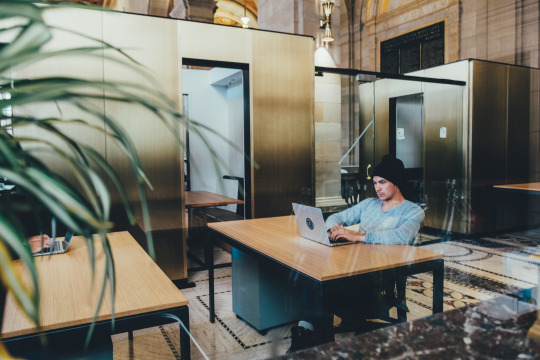 Lately I’ve been finding that I need to divide my time between multitasking and blocks of uninterrupted time. The multitasking phase is doing calls, responding to emails in 3 seconds, going from meeting to meeting, and so on. It’s a mode that many of us probably exist in virtually all of the time.

But I can’t stay in this mode all of the time. I think of it as short attention span mode. There are times when I need blocks of uninterrupted time so that I can “go deep.” One example would be to review drawings. I really need to focus so that I can think of all of the externalities associated with the decisions being made.

This is related to my post about managers and makers, but it’s also the focus of a recent book by Cal Newport called, Deep Work: The Secret to Achieving Peak Productivity. You can read more about the book here at Knowledge@Wharton, but I wanted to highlight two concepts. The first is this equation:

Obviously the argument here is that if you want to maximize your output, you need to increase the intensity of your focus. Minimize distractions. Ratchet up the intensity. There’s only so much time in the day.

Newport gives the example of Adam Grant. He is a New York Times bestselling author and the youngest tenured professor at the Wharton School at the University of Pennsylvania.

He is so committed to intensity of focus that he batches all of this teaching into the fall semester, allowing him to truly focus on the students. He’s the highest rated teacher at Wharton. At the same time, this lets him focus on research and writing during the spring and summer semesters. He’s also known to regularly use auto-of-office responders when he’s in the office, but needs to focus.

The second concept is that of “attention residue.” The idea here is that when we switch from some Task A to some other Task B, our attention doesn’t immediately snap over. A portion of our attention remains on the original task and distracts us from fully focusing. There’s residue.

An example of this would be when you’re working on something and you see an email come in. As soon as you turn your attention to that notification, your attention gets divided. And even if you don’t immediately respond to that email, a portion of your attention now remains with that uncompleted task. It lingers in the mind.

The above probably makes intuitive sense to a lot of you, but in many ways our work culture today does not encourage intensity of focus.

Thanks for reading today. There’s lots of evidence to suggest that the best way to learn new things is to not simply read about it, but to share it with others. That’s one of the reasons I blog and hopefully you find that valuable.