The Economist recently published the following chart alongside this article talking about the impact of foreign buyers on global house prices. 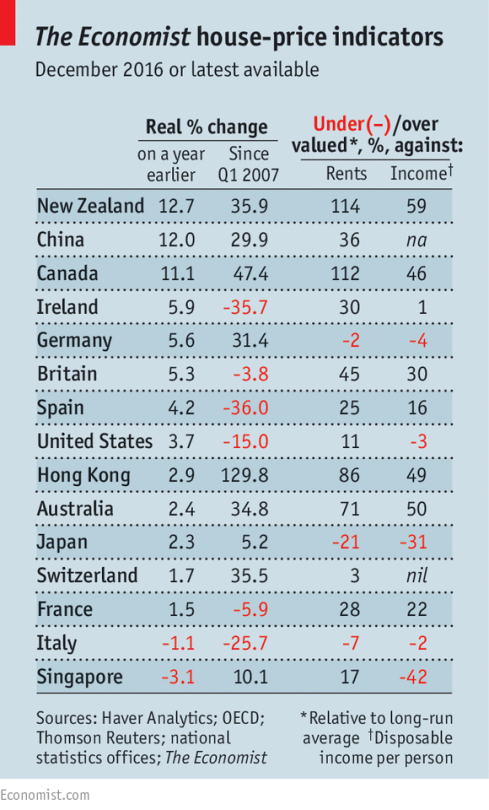 The argument they make is that as (foreign) capital begins to think of property as merely a bolthole, it can start to detach itself from fundamentals such as rents and incomes. New Zealand, Canada, and Australia are specifically called out.

This isn’t necessarily news. And one chart can only tell you so much. But I like staying on top of the various indices.