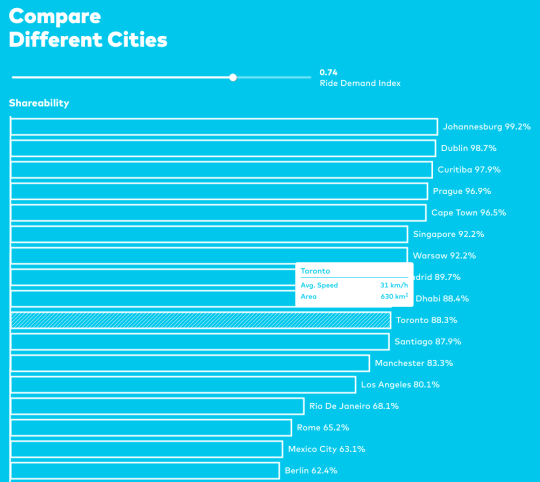 The MIT Senseable City Lab recently looked at which cities are the most “shareable” when it comes to ride sharing services such as UberPOOL. Their goal was determine what fraction of individual trips (inefficient) could be shared or pooled (more efficient). To do this, they developed a single “shareability curve.” Full research paper, here.

Not surprisingly, New York City does very well in this analysis. Its shareability is well above 95% for a delta of 5 minutes. That’s because the city has a large population, a small geographic area, enormous density, and lots of taxi traffic. (They used taxi data in their research.)

But New York City also does very well when it comes to transit ridership. Highest in North America. So it strikes me that the characteristics that make a city “shareable” also apply to transit – which is effectively another form of ride sharing. Might we see the distinction between these 2 forms of mobility blur in the future? I think so.