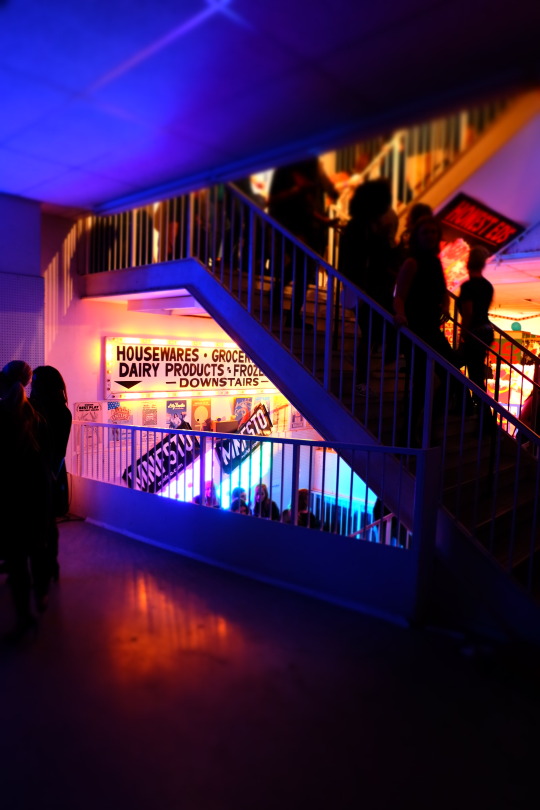 I spent Saturday evening at Honest Ed’s for An Honest Farewell. It was a lot of fun. There were many familiar faces. And it felt very Toronto. See above photo.

But part of me felt a bit phony pretending to celebrate the end of 68 years of operations. Truth be told, I’m not sure I ever bought anything from Honest Ed’s. Had it turned into a 3 floor super club sooner, perhaps I would have spent a bit more time there over the years.

To me, Honest Ed’s was great big signage.

When I was a kid, my mom used to work on Bathurst Street just north of Bloor and I would go downtown with her early in the morning before school. It would still be dark out and I remember being so captivated by the bright lights of Honest Ed’s. That’s what the city meant to me. Lights. Flash. Excitement. It was where I wanted to be.

A portion of the signage is being preserved and moved to Yonge and Dundas. But otherwise, this past weekend was the official end of an era. What matters now is the future of Mirvish Village. And the future is exciting.

I’ll end with an excerpt from a recent Globe and Mail article by Alex Bozikovic:

“The new development at Mirvish Village, after two years of conversation between developers Westbank, locals and the city, is inching closer to approval, with a new proposal submitted in January to the city. Westbank paid $72-million for the site, a big number, and yet the result is as good as private development gets in Toronto. It features meaningful preservation of heritage buildings, a serious sustainability agenda, and affordable housing – not to mention an architectural and leasing strategy geared at making the place as lively as possible, even a bit weird.”