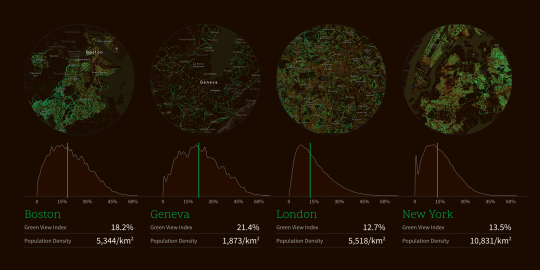 The index was developed by methodically scanning for trees in Google Street View panoramas. The reason street view was used – as opposed to aerial photography – was so that they could capture the human experience at street level.

All of MIT’s interactive city maps can be found here. It’s also interesting to pan around and see which neighborhoods are the greenest – particularly if you are familiar with the city.

One thing I noticed is that large green spaces such as Central Park, High Park, and Stanley Park don’t show up as very green. And that’s because the index uses car-based street view data. I feel like these green spaces should count for something though.