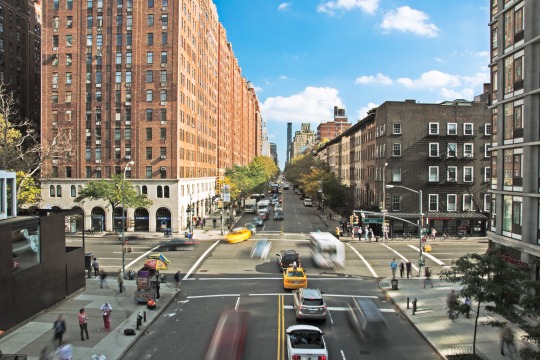 “Form follows function” is a famous axiom of 20th century Modern architecture. It is based on the rational notion that architecture and its associated shapes, geometries, and spaces should be a direct result of their function.

It was a way of trying to eliminate the arbitrary ornament that had adorned previous architectural movements. In this case, if it had no function, then it should be stripped away.

There have been many bastardizations of this pithy statement over time, but one of my favorites is: “form follows parking.” Obviously derogatory, it is this idea that much of the built environment is a result of parking requirements, rather than of more human factors.

We see this in suburban building typologies (large surface parking lots), but also in urban infill projects where the below grade parking begins to dictate the structural grid and layout of the upper floors. It is, of course, necessary in many cases, but there’s also something subversive about parking having such a lasting impact on the spaces we occupy.

That said, we know where the trend line is headed when it comes to parking. Streetblogs recently posted an article about the scarcity of parking in Manhattan and cited number of interesting stats.

Because of the city’s bike-share program (introduced in 2013) and because of all of the bike lanes that have been added in recent years, the city has (rightly) removed approximately 2,330 on-street parking spaces in Manhattan south of 125th Street.

Here’s another set of stats:

In 1998, New York City had about 810 parking lots and garages south of 60th street. Together, they accounted for approximately 112,826 parking spaces. As of last year (2016), the number of lots and garages had dropped to about 643 and the number of parking spaces to approximately 95,000. That’s a decline of about 16%, during a period of when the population of Manhattan grew by more than 100,000 people.

I would also imagine that these pressures are increasing. So it is quite possible that “form follows parking” could be on its way toward obsolescence. I certainly feel it waning.