Earlier this week the Seattle Times published the following graphic showing the US cities with the most (construction) cranes up in the air at the end of 2016: 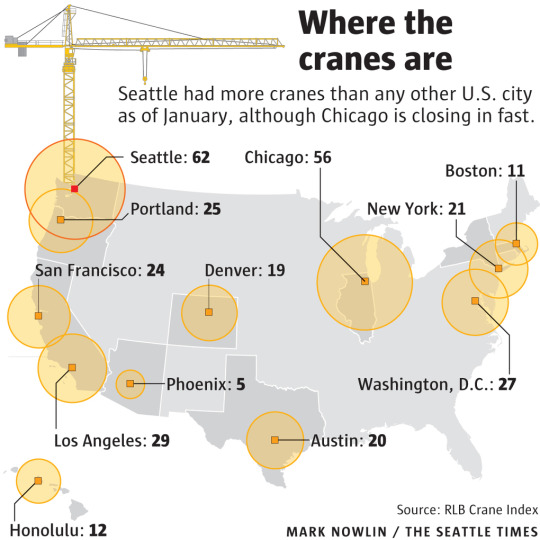 At the top of the list is Seattle with 62. And in second place is Chicago with 56.

You really need to see these numbers over time to get a better sense of activity. But supposedly, Seattle has been holding pretty steady. Also, these numbers only include cranes within each city proper. The suburbs don’t seem to be counted.

To put these numbers into perspective, here’s a snippet from the article:

“Seattle remains behind Toronto, which has 81 cranes, for the North American lead. In Australia, the Middle East, and elsewhere, there are cities where more than 100 cranes are at work.”

I wonder which city has the global lead. Any guesses?