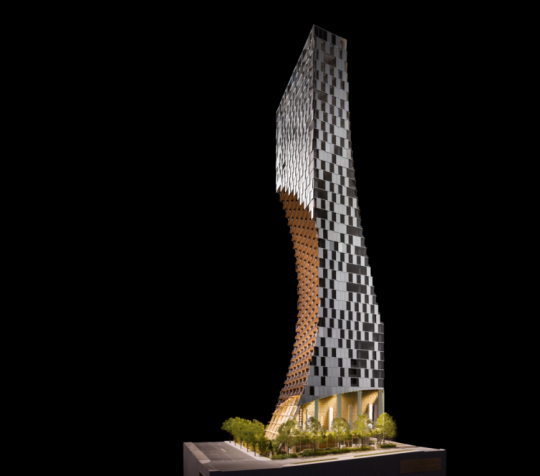 If you happen to find yourself in Vancouver between January 27th and February 28th, you may want to check out an exhibition being held at the Fairmont Pacific Rim called Japan Unlayered.

The exhibition is in support of a new project in Vancouver by Kengo Kuma called 1550 Alberni. Pictured above. It will be his first in North America.

The architecture is a 43-storey (residential) tower formed by two “scoops” that carve out the building in response to its urban context. Some of those relationships start to become apparent when you see the building rendered into the skyline (below toward right). 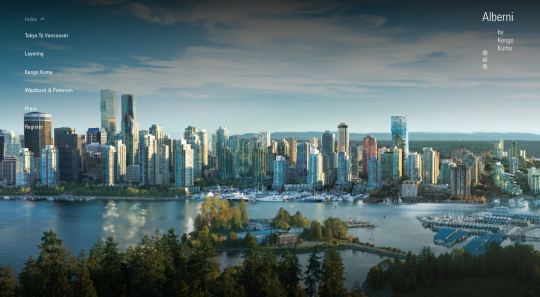 I’ll be in Vancouver next month and so I’m hoping to stop by.