I like this comparison of street grids that Daniel Nairn prepared back in 2010: 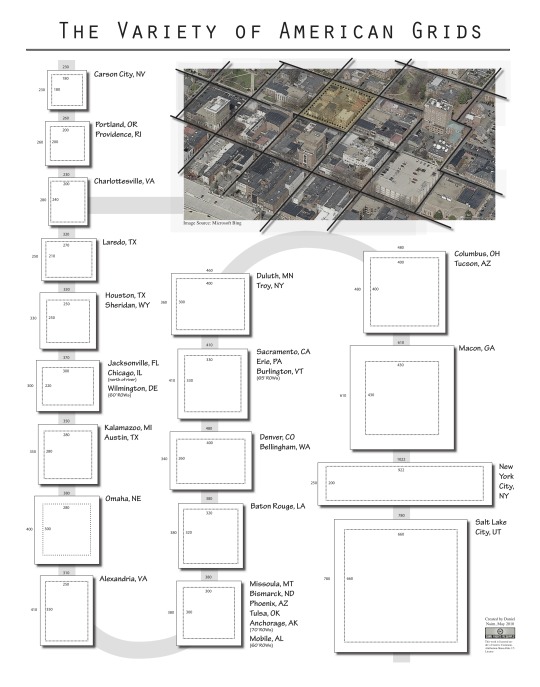 This variation creates very different experiences for both pedestrians and drivers. It is widely understood that small blocks are better for walking, which is perhaps why Salt Lake City is known as a driving city. (I just learned that they have “crosswalk flags” to help pedestrians safely cross the street. What does that tell you?)

All of this is even more interesting in the context of the point I made in this post: once these urban grids get laid out, they’re pretty sticky. That has far reaching implications.