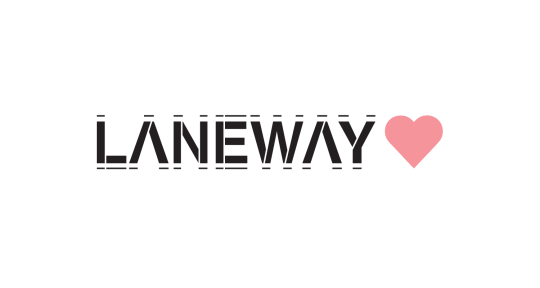 I just want to do a quick follow-up to my recent post about the momentum currently developing around laneway housing here in Toronto.

In the post, I mentioned that two councillors have come out in support of this housing typology. However, I neglected to mention that Evergreen CityWorks is also at the table, as well as a housing advocacy group called Lanescape. It was mentioned in the comments, but I know that not everyone checks that part of the blog.

I say this for two reasons:

1) I thought about starting a similar initiative to Lanescape. (I’ve had lanewaylove.com registered for many years. Brand identity shown above.) But after meeting one of the Lanescape founders this past week, I think it only makes sense for me to instead throw my support behind them. They are accomplishing a lot in this space.

2) Lanescape has a survey up on their website and the results will be used to guide a laneway suite planning framework that will (hopefully) be implemented by the City of Toronto. So I wanted to encourage you all to complete it. Even if you don’t live in Toronto, still fill it out. It’s important for cities to learn from each other.

Your support will go a long way in making laneway housing a reality in the city.