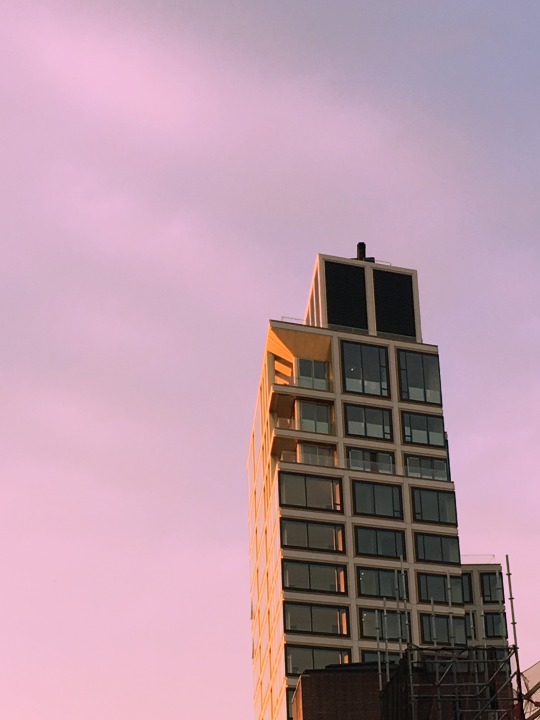 This afternoon I walked the High Line with a friend of mine who seemed to know everything there is to know about new residential development in Manhattan.

She recently purchased a place and so she had done her homework. She was pointing out every building and telling me the price per square foot range; whether the floor plans were well designed (or if they had misproportioned rooms and awkwardly placed columns); and who the architect was.

Takeaway: To be competitive in the luxury segment in New York, you really need to have a name brand architect on the project. That seems to be the price of entry.

As she was telling me about the “competitively priced” building in the low $2,000′s psf and the expensive penthouse that recently sold for $7,000+ psf, I started to wonder about historical pricing in New York. How has it trended?

I also told her that you could buy a really great condo in Toronto for $700 psf. She laughed at how affordable that was. It’s all about your point of reference.

In any case, I found a research report from 2004 called: Why is Manhattan So Expensive? The story is one that you’ve heard before. It’s about the impact of land use restrictions on home prices. But it does also include some historical data on average condo prices.

From 2002 onwards, Manhattan saw a dramatic increase in home prices. Below are two charts from Corcoran (Q3 2016 data) and Castle Avenue, respectively: 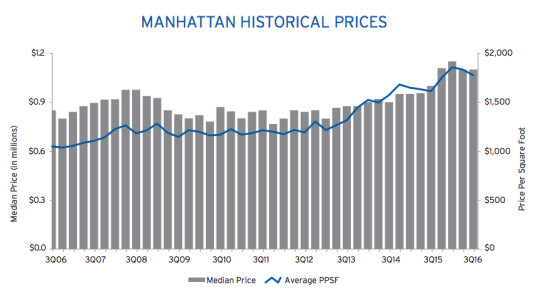 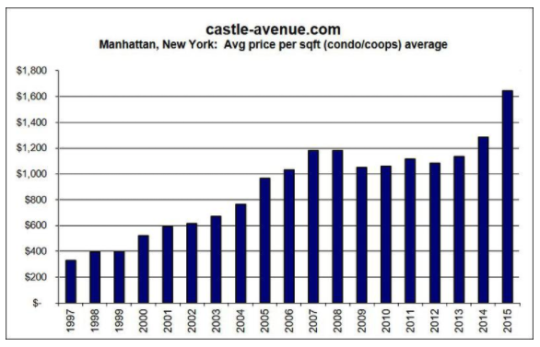 Toronto is obviously not New York, but’s interesting to consider that the average price of a downtown Toronto condo, today, is probably in the low $600′s psf. That’s in Canadian dollars and that’s pricing that New York saw decades ago.

It reminds me that “crazy pricing” can oftentimes be a psychological reaction to a pricing anchor that we previously set in our minds. It feels crazy. But is it?