In the words of Mike Bloomberg, then mayor of New York: “We’re the level of government closest to the majority of the world’s people. We’re directly responsible for their well-being and their futures. So while nations talk, but too often drag their heels, cities act”. Whereas diplomacy is carried out for the state, paradiplomacy is executed for the population.

Rodrigo Tavares has an interesting article up at the World Economic Forum talking about the rise of foreign policy and international relations at the local level. The argument is that as cities rise (and they are certainly rising) paradiplomacy is inevitable.

He admits that the diplomatic networks tend to be stronger for regions who have “flirted with sovereignty.” Regions such as Quebec, Catalonia, and Scotland are given as examples. However, this shift is by no means exclusive to them. Lots of examples in his article.

It is also manifesting itself very differently compared to at the national level. And that’s part of the advantage. One example is London & Partners, which is an arm of the City of London that sells consulting services to other cities and nations who want to replicate its successes. Do nations do this?

I have argued before on this blog that our governance structures do not accurately reflect today’s urban reality. Rodrigo’s article is a reminder that we continue to underestimate the role of cities in the global economy.

I’ll end with this chart from his article: 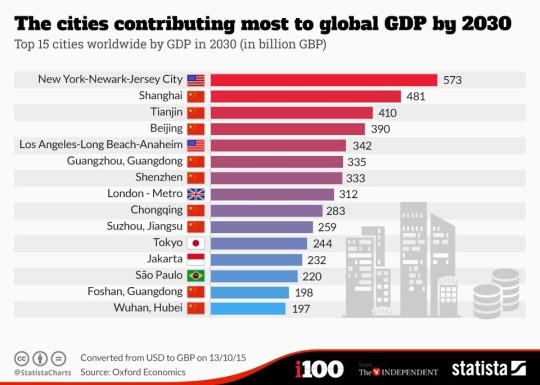