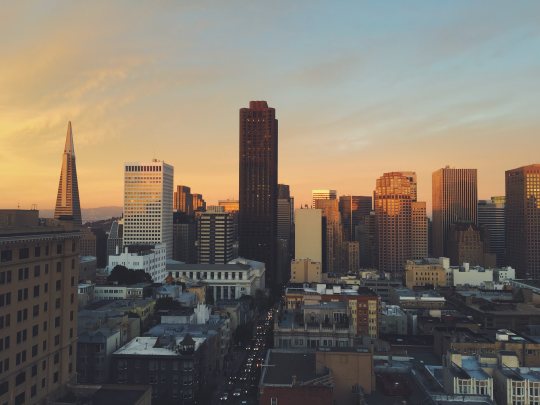 The Market Street Prototyping Festival is just finishing up in San Francisco. The festival, which is now in its 3rd year, is centered around urban interventions that can be rapidly prototyped and tested. The goal is to discover new ideas that could be used to transform and improve Market Street – the city’s civic spine. It is a joint effort of both the San Francisco Planning Department and the Yerba Buena Center for the Arts.

Here is a list of all the prototypes. You can “like” projects, but I wish they would have made it easier to filter and see which ones are the most popular.

One project that I liked is Vote With Your Feet. It consists of two doorways and a single crowdsourced YES/NO question above it. You vote by choosing a doorway. Once you walk through, you are then shown the results. Here’s a Boomerang video of it in action. I like it because it provides a frictionless way to acquire lots of ground-up feedback. Imagine placing something like this at the exit of a busy train station or transforming the existing doors.

Tactical urbanism can be a great mechanism for investigating and instigating positive change. This is hugely important considering how slow moving and bureaucratic city building can be. It’s not the same format, but NXT City here in Toronto has similar ambitions. They source new ideas for our public spaces from young people. I am thrilled that both of these initiatives exist.