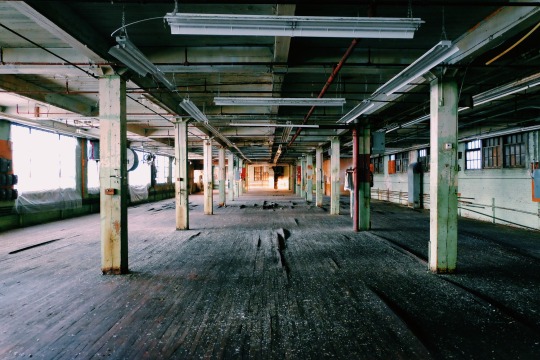 Yesterday evening I was in Hamilton, Ontario for an adaptive reuse building tour that was put on for the 2016 OPPI Symposium (Ontario Provincial Planners Institute).

Hamilton has lots of these sorts of projects underway. The city has a rich history and, because it never saw the development pressures that cities like Toronto saw from the 70s to 90s, many of these buildings now remain ready to be reused. That’s my theory at least.

I was told that last year downtown Hamilton delivered about 600 residential units. This may not seem like a lot, but keep in mind that the number was zero for a very long time. In fact, just seeing a crane up in the air is exciting for those who lived through that period of inactivity. I can’t fully relate to that.

But it’s not just development that is going on. It’s city building.

The city is creating new cultural spaces and developers such as Core Urban have carved out niches working on boutique-scaled “pain in the ass” heritage projects. How’s this for commitment: Core Urban has been awarded heritage builder of the year 3 times, but they have yet to work on a designated heritage property.

I’ve said before that I think there’s a new breed of developer emerging in cities today. Hamilton is no exception. And that’s very exciting for this region.

If you’re interested in Hamilton, check out the blog Rebuild Hamilton. It’s written by Thomas Allen who I think of as Mr. Hamilton. It’s a phenomenal resource for architecture and city enthusiasts.

The photo at the top of this post was taken by me within the proposed Beasley Park Lofts by Stinson Developments.