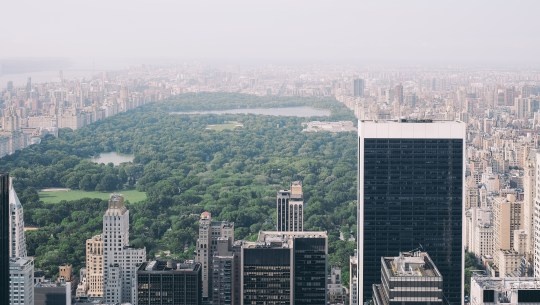 If you’re a very talented person, you have two choices: you either move to New York or you move to Silicon Valley. This is the message that Peter Thiel delivered to a conference being held in Chicago earlier this month. Not surprisingly, it pissed a few people off.

Peter responded by saying that he was simply illustrating the “extreme version” of a metaphor about the impacts of globalization and technology. And while it certainly doesn’t sound very nice if you’re sitting in Chicago, or the countless other fantastic cities between the coasts, I can appreciate what Peter is getting at.

Saskia Sassen is known for coining the term global city. These are cities which play an important role in the functioning of the global economy. But what has happened, she acknowledges, is an even further concentration of activity within a select few “super-places.”

Here is an excerpt from a Financial Times article by Simon Kuper (2014) talking about Amsterdam’s position in the world:

Anecdotally, I can say that almost everyone I know who has left Toronto for an opportunity has moved to New York, Silicon Valley, London, and so on. They have moved up the rank of global cities/capitals.

So while Peter may not have chosen the right way to deliver this message, I do believe it is a message worth delivering.