I know it’s only August, but I am already thinking of snowboarding.

And I just recently learned that the British Columbia government has given the go ahead for a new multi-peak and year-round ski destination near Valemount, BC. The summits will include Mount Pierre Elliot Trudeau, Twilight Glacier, Glacier Ridge, and Mount Arthur Meighen.

Here is a photo of Mount Meighen (taken in September) from the project’s master plan. 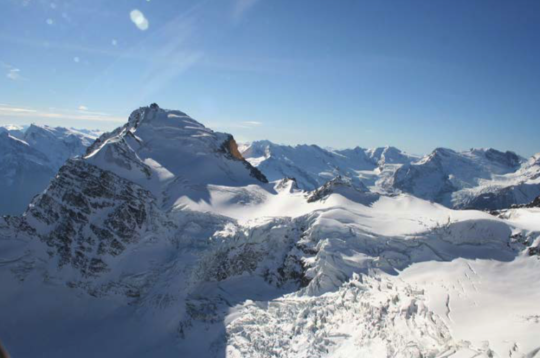 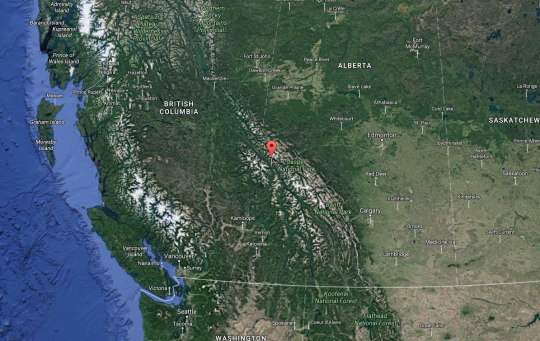 Here is the mountain range in relation to Valemount. Right hand side of the image. Sorry, I know it’s small.

Here is the master plan that just got approved. Valemount is once again on the right / east. And here is why this is a big deal (at least in my world):

– Valemount has the potential to be “the third largest lift-serviced non-contiguous vertical” in the world at 2,260m (7,415 feet). Zermatt, Switzerland and Chamonix, France are number 1 and 2. Of course, it would still get the title of the largest vertical drop in North America.

– There are a number of glaciers that would allow for summer / year-long snowboarding.

– They want to create a multi-valley snowboarding experience, similar to the European Alps.

– The mountain range has one of the highest average snowfalls in Canada. Valemount gets 5.36m (211 inches) per year and at an elevation of 1,800m it’s 14m (551 inches) of snowfall per year. This is more than Whistler. Because of this, they are not planning any snowmaking.

– There’s an airport nearby.

– One of their guiding principles is to minimize the environmental impact.

Construction is expected to begin in the spring of 2017 and the plan is to open to the public by December 2017. The first phase will include Twilight Glacier at an elevation of 2,530m (8,301 feet). So right from the outset, there will be summer skiing.

If you’re curious what the master plan for a ski resort looks like, you can download the entire report here. It’s only 324 pages.