Earlier this month, I came across the following chart from USA today. 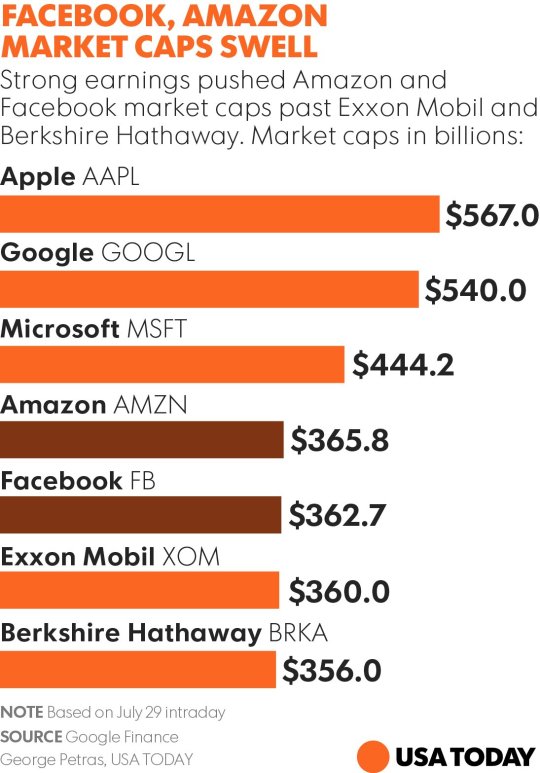 It was based on market caps as at July 29 and so the order wouldn’t look quite the same today. Still, here are the largest companies by market cap and the top 5 are US consumer-facing technology firms.

Remember when it was a big deal that Apple had surpassed Exxon Mobil as the world’s most valuable company?

We are living in a tech-driven world.

Then yesterday, I was reading this New York Times article talking about Uber’s acquisition of Otto (a startup focused on self-driving truck technology) and its plans to allow riders in Pittsburgh to summon self-driving vehicles later this month.

The vehicle will be a tricked out Volvo: 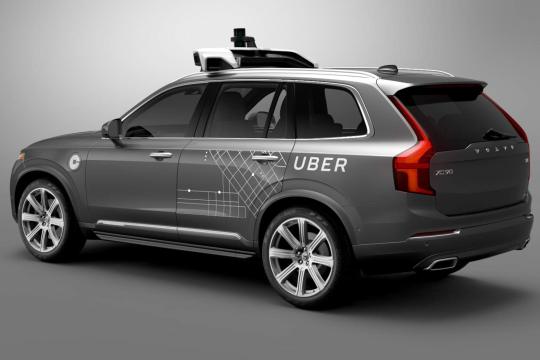 These two snippets from the NY Times stood out for me:

Suddenly, it seems, both Silicon Valley and Detroit are doubling down on their bets for autonomous vehicles. And in what could emerge as a self-driving-car arms race, the players are investing in, or partnering with, or buying outright the specialty companies most focused on the requisite hardware, software and artificial intelligence capabilities.

“There’s an urgency to our mission about being part of the future,” Travis Kalanick, Uber’s chief executive, said on Thursday in an interview. “This is not a side project. This is existential for us.”

The way it will work in Pittsburgh this summer is that the self-driving Volvos will still arrive with a driver, in addition to a sidekick in the passenger seat taking notes about how the vehicle is performing. But the goal is to start weaning us off of human drivers. These pilot rides will be free to start.

This is quite possibly the start of a general change in terms of the way cities operate (quote from Bloomberg):

In the long run, Kalanick says, prices will fall so low that the per-mile cost of travel, even for long trips in rural areas, will be cheaper in a driverless Uber than in a private car. “That could be seen as a threat,” says Volvo Cars CEO Hakan Samuelsson. “We see it as an opportunity.”

Uber is currently logging about 100 million miles per day. Hopefully it is clear at this point that this is not as simple as ride sharing vs. traditional taxis. Cities who are thinking about it in this way are thinking short-term and missing the bigger picture.

Companies such as Uber, Tesla, and Google are aiming for a fundamental rethink of urban mobility. There is an arms race going on that I believe will completely eradicate the need for human drivers.