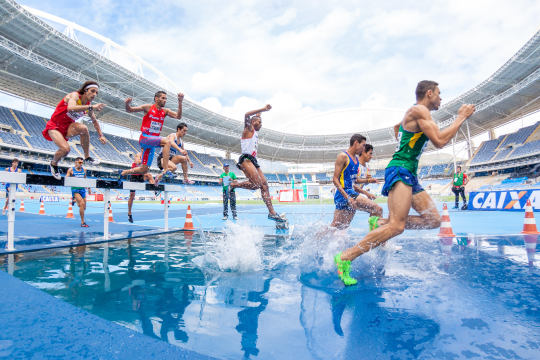 I have argued before that hosting major events, such as the Olympics, can serve as a catalyst for completing meaningful public projects. But there is also an argument to be made that it’s not entirely worth it. The economic legacy is weak. The ROI simply isn’t there.

Recently Harvard Business Review interviewed a gentleman named Chris Dempsey. Dempsey was a former Bain & Company consultant and the cofounder of the No Boston Olympics organization. He played a big part in Boston withdrawing their bid to host the 2024 Summer Games. Los Angeles ending up taking its place.

His rationale is as follows.

The International Olympic Committee was founded on June 23, 1894 by a Frenchman by the name of Pierre de Coubertin. At the time of its creation, the World’s Fair had already pioneered the rotational model of traveling to different cities.

The most famous of these exhibitions was arguably “The Great Exhibition” held in London in 1851. Indeed, the plate-glass Crystal Palace structure which actually hosted the event was later seen as an important turning point in the history of architecture. It was designed by Joseph Paxton, who was an English gardener and architect.

Of course, the world was a different place at the end of the 19th century.

The events weren’t being broadcasted around the world in HD. We didn’t have social media. And transportation costs were high (economist Edward Glaeser reminds us of this in the talk I posted yesterday). So rather than ask people to spend weeks traveling the world by boat, it was decided that the show should travel to them. It should rotate places.

This made sense then, but does it make sense now? I would love to hear your thoughts on this in the comment section below.