There’s no shortage of talk about a Canadian housing bubble: 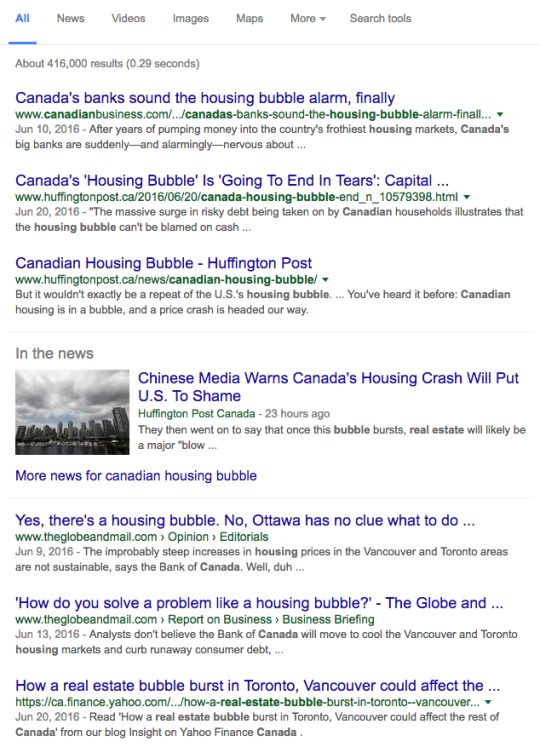 In Vancouver, the price of a single-family home (as of June of this year) increased 39% to C$1.6 million from the year prior. Does that constitute bubble territory?

In an effort to stop prices from running away even further, I am sure you all know that the BC government has recently imposed an additional 15% transfer tax on Metro Vancouver homes purchased by foreign buyers (people who are not Canadian citizens or permanent residents).

The data that I have seen (here and here) suggests that foreign buyers could make up somewhere around 5-10% of the market. Given that many will now get creative in terms of hiding their foreignness, I am not so sure this new tax will have a dramatic impact on affordability. But it certainly sounds nice if you’ve been grouchy about home prices and thinking “those damn foreigners.” We’ll have to see how it plays out.

Having said all of this, if Vancouver is in fact in bubble territory, would that be so bad? Are we thinking about this the right way?

I recently stumbled upon an old blog post by Tom Evslin (2005) called: Why we need bubbles. I discovered it via it Fred Wilson. Tom’s argument is that we need irrational exuberance because it provides the capital that allows for dramatic overbuilding. The overbuilding of things like rail infrastructure, internet infrastructure and – I’m adding this – housing infrastructure. And once this happens, it dethrones the incumbents and paves the way for future economic progress.

Tom’s focus is on technology, but I couldn’t help but think of the parallels with city building. Is the proposed Rail Deck Park in Toronto so bold that it’s only possible during a period of irrational exuberance? Should Vancouver instead be working to dramatically expand its housing supply instead of trying to tax away a portion of demand? Is a period of irrational exuberance precisely the moment where we lay the ground work for our future successes?

I’m not saying we’re in a bubble. I don’t believe in or know how to time markets. But I am asking whether the bubble headlines are missing the greater opportunity.