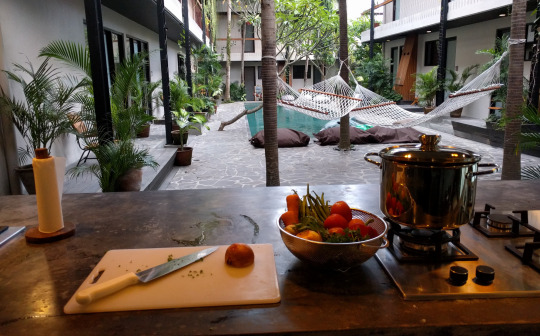 If you’re looking for more evidence that the way we live and work is changing, then check out a new startup called Roam. They describe themselves as an international network of communal spaces. So far, they have locations in Ubud (Bali), Miami, and Madrid. Buenos Aires and London are coming soon.

The way it works is that you start by signing a lease for either a week or a month. You get a private room and bathroom, but everything else, from the co-working spaces to the kitchens, are shared amongst the community. Like other co-working and co-living environments, the community they build is critical.

However, what really differentiates Roam is that you can sign one lease and then live all over the world, freely traveling across their properties. All of the locations are offered up at the same price and you can stay for as long as you’d like.

My friend and I actually had a similar idea to this back in University and we spent some time working on it. At the time, and this was over a decade ago, we felt that there was a segment of people who increasingly wanted to live like global citizens. I still believe that to be true and, clearly, so do others.

To date, Roam has raised $3.4 million in funding.