The Center City District and Central Philadelphia Development Corporation recently published a report called: State of Center City 2016. The objective was to measure the progress being made in Philadelphia’s downtown.

I moved out of Center City (Rittenhouse Square) in 2009, but I still like to follow what’s happening. I really enjoyed my time in Philly. In fact, I remember missing its immensely walkable downtown after I returned to Toronto and touched down in the suburbs briefly before moving back downtown.

Here are a few graphics (all of which are from the report): 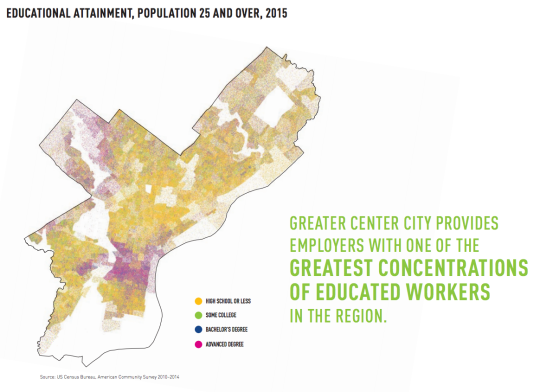 Part of the reason for this is that Center City is anchored by a number of fantastic Universities. This is critical for cities, today. 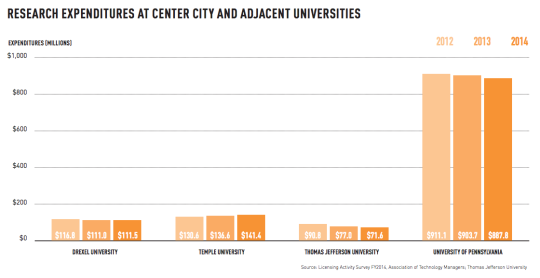 To end this post, I thought I would post the below comparison of average office rents in major CBDs across the US. I always find these charts interesting, even though the usual suspects are up at the top. 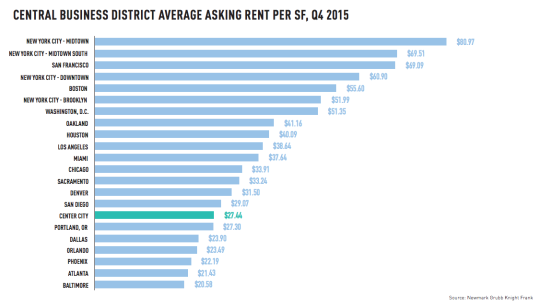 I hope you’re all having a great holiday weekend.