I was looking through my photo archive this past week (which is all on an Apple Time Capsule) and I came across this photo: 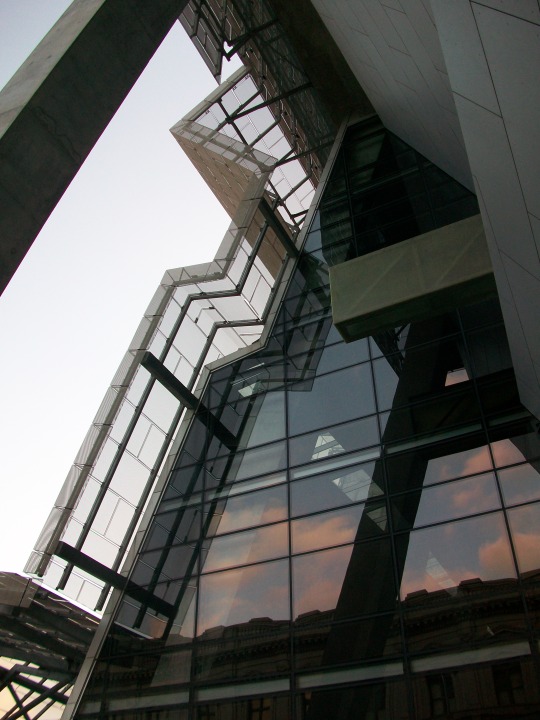 I took this photo in the winter of 2011 on a snowboarding trip to Lake Tahoe. It’s of the San Francisco Federal Building, which was designed by Morphosis and completed in 2007.

The reason this photo stands out for me is because as my friends and I were taking photos of this building a man walked by us and said:

“Why are you taking photos of this shit?

…you guys must be architects.”

To me this was a frank reminder that the designs that my architecture friends and I obsess over (at least the contemporary stuff) often go completely unappreciated by a lot of other people – perhaps the majority of people.

This, of course, raises an interesting debate.

If the majority of the public think a building is shit, is it a failure? Should a building’s success be judged more by how its occupants feel about it? Or is it the “expert” opinion that really matters? (Expert is in quotations because I don’t like this term.)

While important, I don’t think it’s as simple as these questions. Architecture can take years, decades, or even longer to settle in and become fully appreciated. Think about the buildings that your city may have demolished in the past but now regrets. Tastes change.

With that, below is an excerpt from the architect’s own description of the Federal Building. Keep in mind that this project started construction in 2003 and so design would have started years before that. Hopefully it’s clear just how relevant the ambitions of this project remain some 15 or so years later.

The re–definition of circulation and vertical movement paths provides opportunities for chance encounters, a critical mass in circulation, and places for employees to gather across the typical confines of cubicles, departments, or floor plates. The democratic layout locates open work areas at the building perimeter and private offices and conference spaces at the central cores. As Gladwell’s article points out, “…one study after another has demonstrated [that] the best ideas in any workplace arise out of casual contact among different groups within the same company.” Skip stop elevators, sky gardens, tea salons, large open stairs, flexible floor plans, and the elimination of corner offices endow the tower with a Jacobsian “sidewalk life” of cross-sectional interactions.

Many of the same design decisions that create high quality workspace also maximize energy efficiency. The Federal Building is the first office tower in the U.S. to forgo air-conditioning in favor of natural ventilation. As a result of the tower’s narrow profile and strategic integration of structural, mechanical and electrical systems, the building provides natural ventilation to 70% of the work area in lieu of air conditioning, and affords natural light and operable windows to 90% of the workstations. A folded, perforated metal sunscreen shades the full-height glass window wall system and a mutable skin of computer–controlled panels adjusts to daily and seasonal climate fluctuations. With an energy performance that surpasses the GSA’s criteria by more than 50%, the project sets new standards for applications of passive climate control, while physically democratizing the workplace and enhancing employees’ health, comfort, and sense of control over their environment.