For some reason, I woke up extra early this morning, well before my alarm. As soon as I came to and noticed the time, I immediately reached for my phone to pull up Twitter and see what happened with the UK referendum. And frankly, I was shocked to see that they had voted to leave the EU.

Once I saw what had happened, I then went to my computer and started looking for maps of the voting results.

Here’s one from the Guardian: 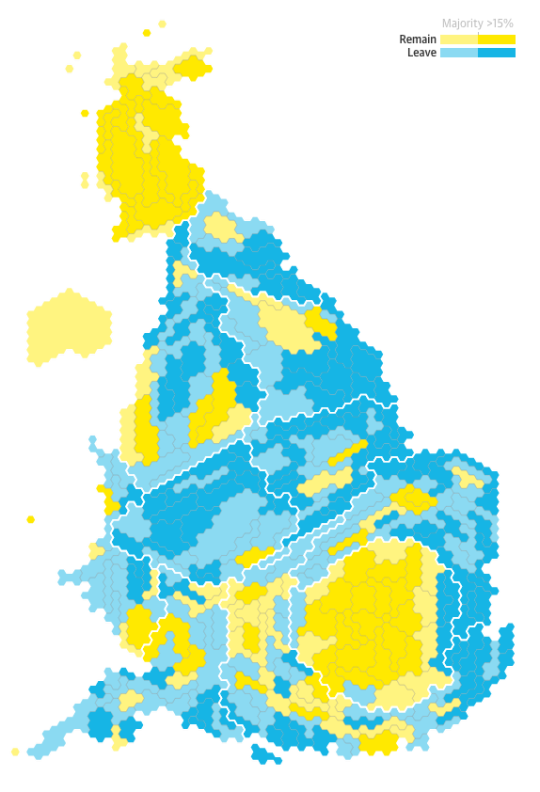 They also found that the best predictor of how people voted (with Scotland being a bit of an exception) was whether or not they had a degree. Residents with higher education were more likely to vote “remain.”

Here’s another vote map from the Telegraph, broken down by 12 regions: 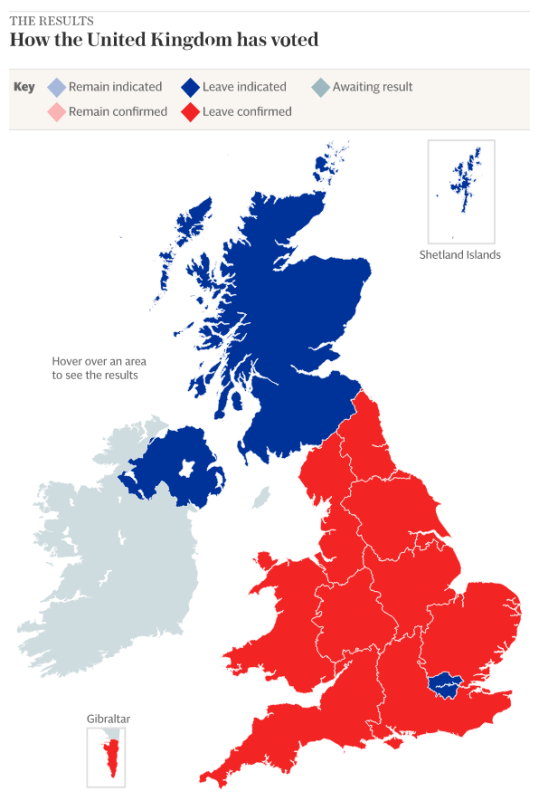 According to these regions, only Northern Ireland, Scotland, and London voted to remain. If we get a bit more granular though, the map turns into this: 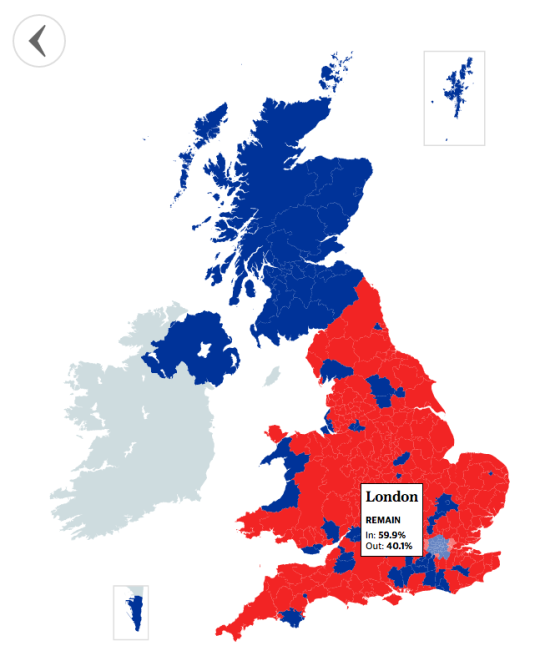 Not surprisingly, it is London and other big cities (remain) vs. the rest of England (leave). Here’s another case of urban divide.