Last weekend over dinner, a friend of mine asked me what I thought about the Scarborough Subway Extension debate going on in Toronto right now. Costs are coming in higher than initially projected and the usual back and forth is taking place. Transit blogger Steve Munro has a good post on this called Spinning a Tale in Scarborough.

I haven’t written much about the Scarborough Subway, but I do have a strong opinion. I believe it’s a mistake. I am not saying that we shouldn’t be building higher order transit in Scarborough – we absolutely should – but it does not need to be an expensive subway line. There are more sensible solutions.

Here are a few things to consider:

Light rail transit (LRT) does not equal streetcar. As an avid user of the King streetcar, I’ll be the first to admit that something needs to be done to address the city’s busiest streetcar routes. They are broken. But this is not what was being previously contemplated for Scarborough. True LRT – which Toronto does not yet have – is far more effective at moving people.

Scarborough Centre is seeing almost no new residential and commercial development. In fact, the “Centres” in general are not seeing much development. The largest share is happening downtown, along the central waterfront, and along the “Avenues.” We shouldn’t ignore this when making our investment decisions. Transit and built form go hand in hand. 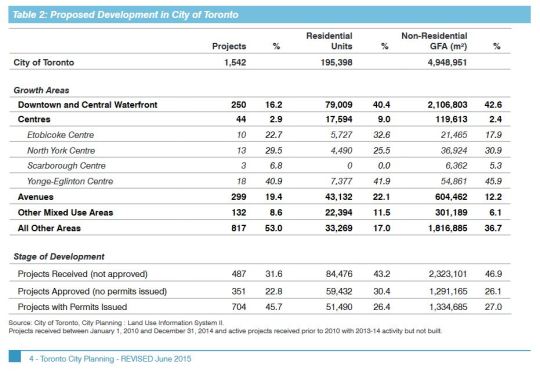 I also do not buy the argument that we are building this subway in anticipation of demand 50 or 100 years from now. We are not in a position to be proactive about our infrastructure. We are desperately playing catch up and there are already lots of high growth and high density areas in the city which today are completely underserved by higher order transit.

Finally, a new subway line with low ridership will mean higher operating cost subsidies to keep it afloat. And at the rate that Scarborough Centre is growing today, this would likely continue for many years into the future. Not only is this debate about spending money today, it is about spending money well in the future, month after month.

So let’s be clear: the Scarborough Subway Extension debate is about politics. It is not about transportation planning.