This week, the first ever international street art festival will be taking place in Toronto. It’s called A Love Letter to the Great Lakes and it is running from June 20 to June 25, 2016.

The goal of the festival is to use public works of art to get people thinking about our water resources and, more specifically, about the Great Lakes. Together, these Lakes represent 20% of the world’s fresh surface water.

So this week, 21 local and international artists will be painting giant murals in 3 different areas of the city: Queen & Ossington, Queen & Spadina, and at the mouth of the Don River.

Below is one of the works already in progress. It’s by Jason Botkin and it’s located on one of the bents of the Gardiner Expressway East at the mouth of the Don River. 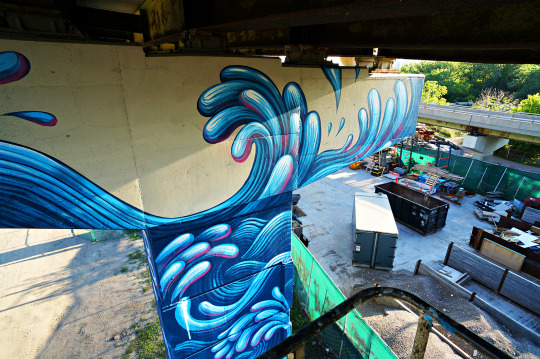 This event caught my attention for 3 reasons.

First, I think the city is going to be left with some rad looking murals. Here is one from a similar event in Cozumel, Mexico called Sea Walls: Murals for Oceans in Cozumel: 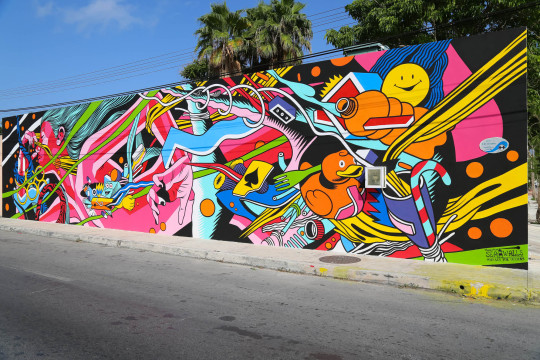 Second, like many others, I care deeply about the environment. But until we put in place the right economic incentives / disincentives, we need all the awareness building that we can get.

Third, seeing Jeff Hull on the list of collaborators reminded me that there’s a new breed of real estate developers emerging in our cities. The big bad developer is sometimes (often?) thought to be greedy and insensitive to local communities. But I think the next generation sees itself quite differently. They see themselves more as city and community builders.

So if you’re in Toronto this week, get on your bike and head over to one or more of the mural sites. Tweet me if you decide to go and maybe we can connect.