Here’s a summary of what they found:

“The top 20 neighborhoods or zip codes for venture investment include nine in San Francisco, five in San Jose, three in Boston-Cambridge (one in suburban Waltham and two in Cambridge close to MIT) and one each in San Diego (close to the University of California, San Diego), Dallas, and New York (close to New York University).” 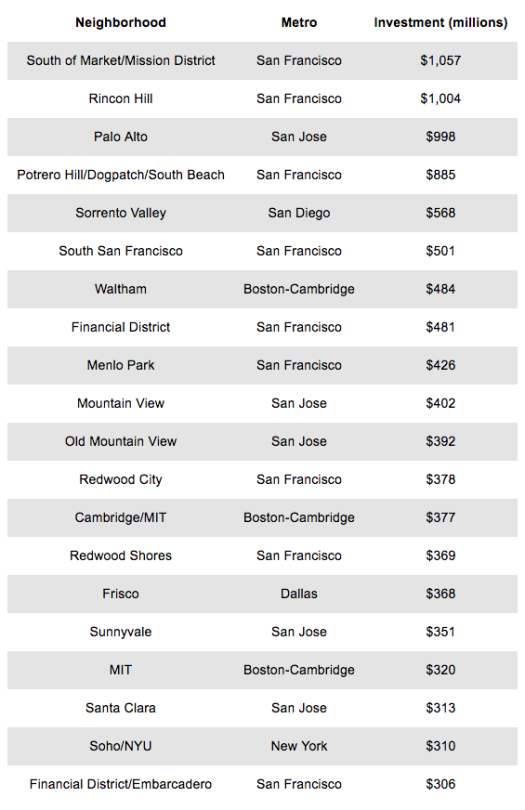 Initially I looked at this list and thought that neighborhoods such as Menlo Park and Redwood City shouldn’t be labeled as San Francisco, since they are outside of the county. But technically they still fall within the San Francisco Metropolitan Area.