Hövding – a Swedish company best known for its radical airbag cycling helmets (definitely check these out) – is currently crowdsourcing unsafe conditions and cyclist frustration in London.

Working with the London Cyclist Campaign, they distributed 500 yellow handlebar buttons. Cyclists were then instructed to tap these buttons whenever they felt unsafe or frustrated with current cycling conditions. 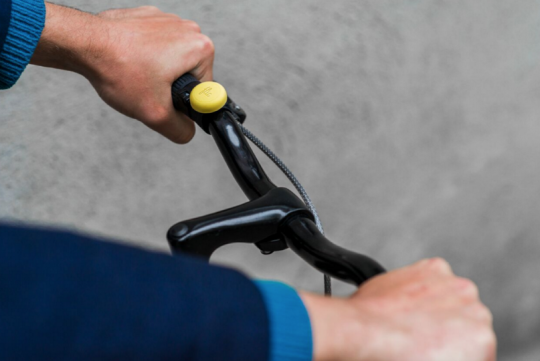 Every time the button is hit, the data point gets logged to a public map and an email gets sent to the Mayor of London reminding him of his promises around cycling. Both of these things happen via the rider’s smartphone. 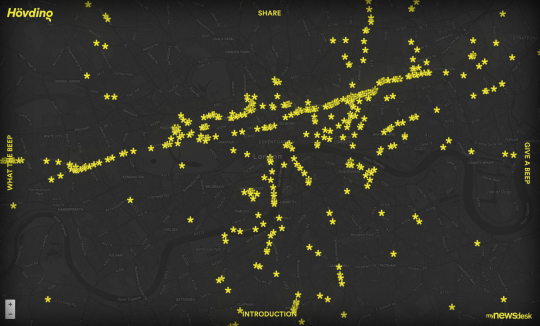 Not only does it tell you pain point locations, but it also seems to suggest the primary cycling routes. I think this is a brilliant initiative because, it’s entirely user-centric. It’s telling you how people feel on the ground.

Supposedly, Hövding is actively looking for other cyclist groups around the world to help them distribute their buttons. So if you’re a group in Toronto or in another city, I would encourage you to reach out to them. The more data the better.