The Wall Street Journal recently published this article talking about how the young and educated are flocking to high-density urban areas all across the United States. Here’s a set of charts from the article: 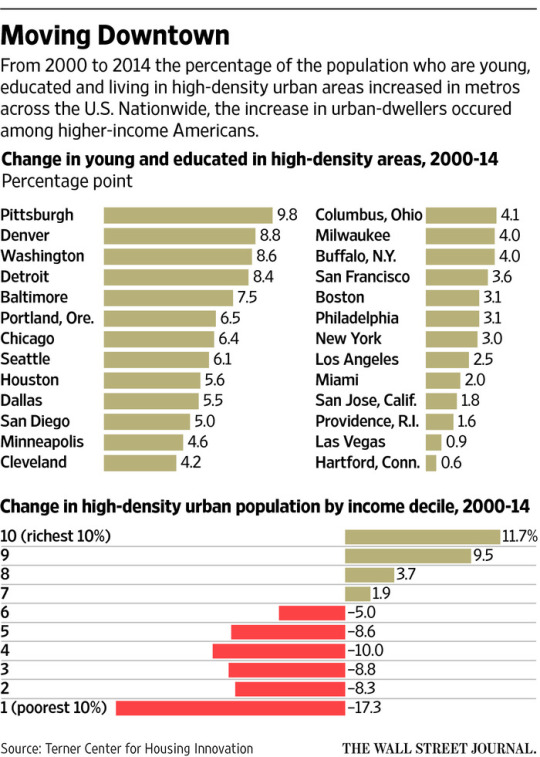 There are many people who will point out – probably rightly – that despite the “return to cities” that we are currently seeing, the world is still suburbanizing. But, it doesn’t appear to be suburbanizing in quite the same way as it did for prior generations. There’s also a socioeconomic shift taking place.

As an example, and to drive home the point that it’s not just the expensive coastal cities that are seeing rising home prices, the WSJ article focuses quite a bit on Ohio City – a neighborhood in Cleveland. Here’s what has been happening:

These are pretty dramatic increases – though $270,000 feels cheap to someone from Toronto. Still, it speaks to a trend. You and I both know that Ohio City isn’t the only neighborhood seeing those sorts of numbers.