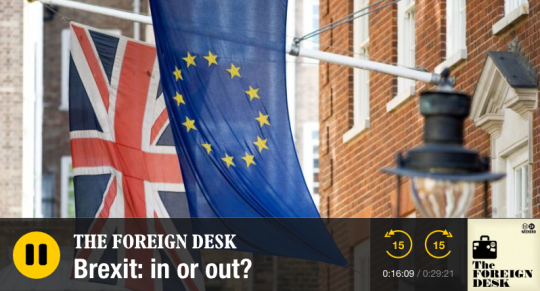 (Each interview is about 15 minutes short.)

The back and forth is largely centered around two things: the economy and immigration. Will the British economy be better off in or out of the EU? And on the immigration front, will “in” translate into millions of Turks flooding into Britain should Turkey join the EU?

For those of you who haven’t been following, Britain will be holding a referendum on June 23rd (2016) to decide whether they stay or go.

My general view is that a strong economy should trump concerns over foreigners. But I don’t feel as if I know enough about this precise topic to take a firm position.

Regardless, I very much enjoyed The Foreign Desk episode this morning and I would be open to discussing this issue in the comments below if any of you are also interested.