New York architecture firm REX is working on a new office building in Washington DC that will incorporate a beautiful fluted glass facade. Here’s a rendering of what it is intended to look like: 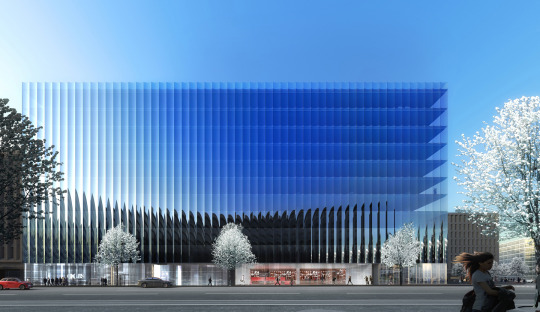 Here’s what that looks like in plan (it’s a GIF that should show typical curtain wall vs. proposed fluted glass): 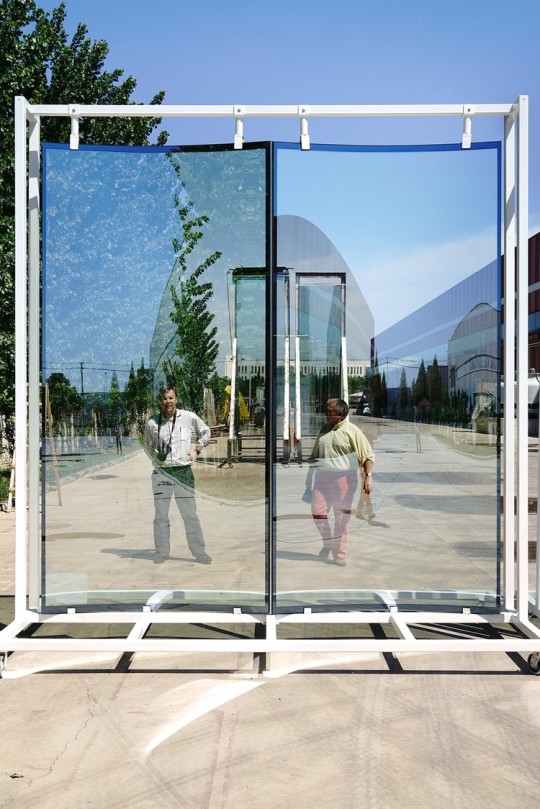 And here’s a description from the architect:

Because of the curve’s inherent rigidity in compression, only the top and bottom edges of the panels are supported from the floor slabs, while the mullionless vertical edges are flush-glazed for a minimalist aesthetic that improves sight lines, while gaining usable floor area.

They are working in collaboration with Front Inc., which if you haven’t heard of, you should check out. They are a design/engineering consultancy that specializes in facades and building envelopes. They work with many of the big name starchitects. The developer of the project is Tishman Speyer.

It’s worth noting that part of the impetus for the fluted glass facade was to try and innovate within the confines of DC’s draconian zoning – which mandates that no building can be taller than 130 feet. Because of this, developers and architects are usually forced to build out to the allowable area, leaving little room for architectural variation.

But in this case, the fluted glass removed the need for thick mullions and also allowed them to extend out beyond the lot area by 4 inches every 5 feet (the curves are considered “architectural features”). So this move has created both architectural variation and more rentable area.

It doesn’t appear that the building will have any operable windows, but other than that, I think it promises to be quite beautiful. What do you think?

All images from REX.