We may not all agree on things like bike lanes and transit, but if there’s one thing that can generally unite a city it’s playoff sports.

I love the solidarity that it creates. You may have nothing else in common with the person sitting next to you at the bar, but suddenly you’re best friends because your team is winning.

As I write this post, #WeTheOther is currently breaking the internet after CBS Sports ran a cheeky online poll asking: Who will win the NBA title? The four options were:

For those of you who don’t follow basketball, there are only 4 teams left in the NBA playoffs right now! So in what was likely a deliberate snub to the Toronto Raptors, CBS conveniently obfuscated them in their poll. 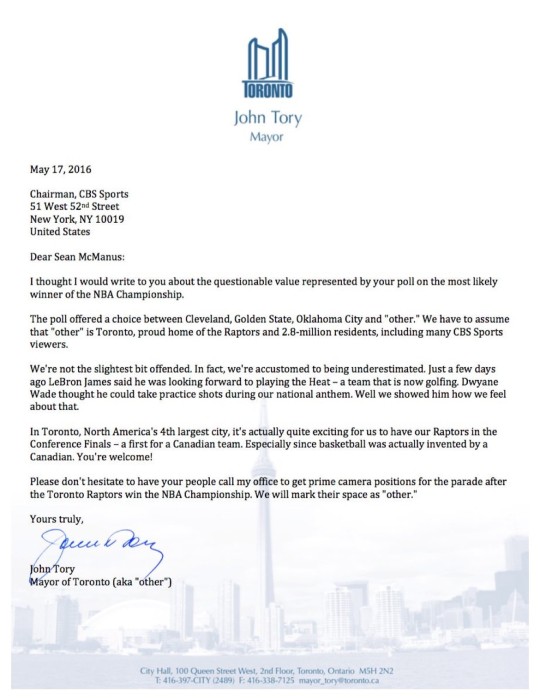 What would sports be without the trash talking?