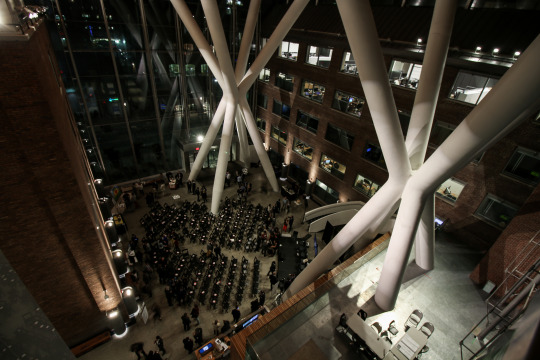 Earlier this week I was on a panel discussion called Building Toronto Tomorrow. One of the questions was about whether or not Toronto is world-class city. It elicited a good discussion, so I thought I would talk about that today on the blog.

Shamez Virani, President of CentreCourt Developments, responded by saying that he thinks Toronto is the greatest city in the world and that he wishes more people would just accept how incredible this city is. I agreed with him.

I also responded by saying that I hate this question. I think it reeks of insecurity and I think it’s a bit of a red herring. It distracts from more direct and meaningful questions – questions such as our livability and our position as a global city.

Because the reality is that Toronto is one of the most livable cities in the world and, in my view, we are the only true global city in Canada. We are an important node in the global economy for the flow of goods, people (we’re particularly good at this), capital, and now information. There’s a lot to be proud of.

But that’s not to say that we’re perfect. Everyone knows we need better transit. And to name a few others (non-exhaustive list), I also think we need to:

There’s a saying in Silicon Valley that you “make what you measure.” It means that whatever you decide to focus your attention on, is invariably what you end up making – regardless of whether or not you happen to be focusing on the right metric.

In the context of Toronto, I think we’d be better served if we focused on and quantified our position in the global economy, as opposed to chasing some idea of “world-class.” The latter will grow as the former grows.

I also think that this needs to be balanced against our livability. Sometimes there’s a tension. But there are cities – the best example is perhaps Tokyo – who have managed to pair a high quality of life with one of the strongest positions in the global economy.

Is there anything else you think we should be doing? We can talk about it in the comments below.