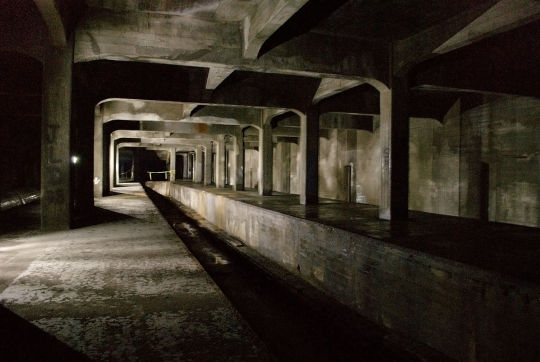 I can get lost on Google Maps for hours on end. I love looking at maps and I love using Street View to virtually explore cities. This morning I’m honed in on Cincinnati, Ohio (a city I’ve never been to) while I listen to this podcast about their unfinished subway.

In 1916, the city voted in favor of spending $6 million on a new subway. But it was never finished and so today – 100 years later – it has the dubious distinction of being the largest abandoned subway tunnel in the United States.

The podcast I’m listening to is with a fellow by the name of Jake Mecklenborg. He has written a book on the subway’s history and has emerged as the expert on this topic. And it all started with him just throwing up a website.

One particularly interesting aspect of the subway is how it tied into the city’s flooding problems. At the time, the population density of the constrained downtown was surging and the subway was viewed as a way to stitch together desirable land and relieve some of those urban pressures.

I’m also very interested in understanding how cities got founded in the locations that they did. As in, who was the person who dropped their bag and said: “yup, this, is the spot.” Somebody had to have made a decision.

Oftentimes there were specific strategic, economic, and/or environmental reasons for a certain location. And this is something that Jake touches on. In the case of Cincinnati, flooding was again a major determining factor.

If you can’t see/listen to the podcast through the embed below, click here.