The Centre for Urban Research and Land Development at Ryerson University recently published the following chart on their blog: 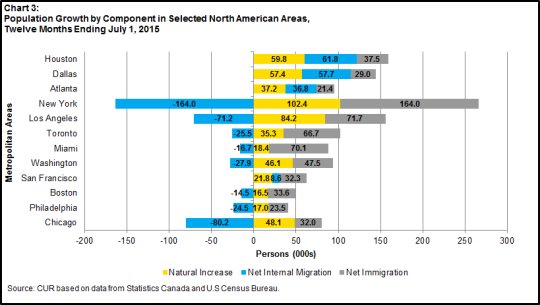 When you sum up the pluses and minuses shown above, you get to population growth numbers that look like this: 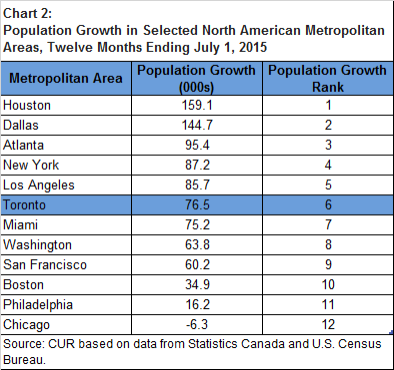 Houston, Dallas, and Atlanta are monsters in terms of population growth. They’re obviously smaller than New York and Los Angeles, and so on a percentage basis they are really adding a lot of people. Much of this has to do with the ease in which housing can be added in those cities and their relative affordability.

Toronto is competitive with New York and Los Angeles in terms of an absolute number, but again our base is smaller so on a percentage basis we are growing faster. The big story with Toronto is our dependence on immigration to grow.

The one city on this list that might surprise some of you is Chicago. Toronto and Chicago share many similarities and are often compared. But when you look at how the Chicago metropolitan area is shedding people, you see that, at least in this regard, it’s in structural decline.